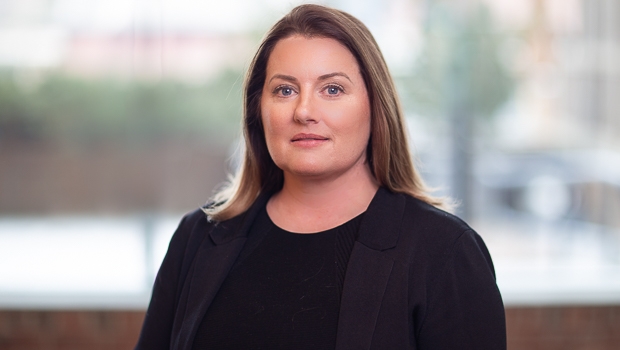 Legal community, tenant coalition and City come together for a good cause

A broad coalition of law firms, city agencies and tenant advocacy groups has secured a precedent-setting win for low-income renters in Dorchester and Mattapan. Fifty-nine homes in this area will now be preserved as affordable housing after a Federal bankruptcy judge ruled that the Codman Square Neighborhood Development Corporation (CSNDC), a non-profit developer of affordable housing, can purchase the properties located at 91-101 Waldeck St. and 25-35 Orlando St. from the bankrupt landlord.

“Ensuring that Boston remains an affordable place to live is critical to the future of our city,” Mayor Walsh said. “I want to commend the entire team that worked on the acquisition of these properties for their commitment to the well-being of the tenants who live on Orlando and Waldeck Streets, and the tenants for their engagement in the process. Boston is a city that works together to protect its vulnerable residents, and I am pleased we were able to assist.”

The administration of Major Martin J. Walsh was an active partner in the acquisition of these properties, bolstering the efforts of the tenants by filing a supporting affidavit with the court. In addition, through the City’s new Acquisition Opportunity Fund, the City was able to quickly commit and provide a loan to assist in both the acquisition of the properties and to make the initial repairs and improvements needed to address critical health and safety issues, all in time to meet the strict deadline for the bankruptcy sale.

City Life/Vida Urbana, the housing justice organization that worked with the tenants, credits the tenants for catalyzing the successful campaign. “We all get along, all the tenants get along. So, it’s a good community to me. To all of us, it’s a good community. We have to back each other up,” said Dania Rosaria, a tenant on Orlando St. after an October 5, 2016 bankruptcy court hearing which cleared the way for the sale.

“This victory helps refine an important anti-displacement strategy which we call ‘the sword, the shield and the offer’,” said Steve Meacham, Coordinator of Organizing at City Life/Vida Urbana. “The ‘sword’ was the protests and coalition building. The ‘offer’ came from CSNDC. The ‘shield’ was the energetic legal defense provided by GBLS and the incredible pro bono hours donated by the three law firms. We hope to use this model in many other locations where we have organized tenant associations,” Meacham said.

Jacquelynne J. Bowman, Executive Director of Greater Boston Legal Services (GBLS), which led the representation of the low-income tenants with Pillsbury, Jones Day and the Boston Public Health Commission, noted: “This victory is first and foremost a powerful demonstration that often, the most creative and effective solution to critical problems faced by poor people come from the very people whose lives are impacted.” Lauren Song, also of GBLS, who coordinated the pro bono representation of the tenants, remarked: “This precedent-setting win was borne out of a deep commitment by our pro bono community to use its legal expertise to protect the rights of the City’s most vulnerable people. And here, the pro bono coalition is proud to credit the tenants, organized by City Life/Vida Urbana, who successfully pursued a court strategy that achieved so much more than preserve their own housing."

Jim Wallack, a bankruptcy partner at Goulston & Storrs who led the representation of CSNDC along with real estate partner Amy Moody McGrath, commented, “The coalition’s entire bankruptcy and real estate legal team worked tirelessly on this case, and we are thrilled with this outcome for the tenants.” McGrath further noted, “After years of deplorable living conditions, the tenants will now have affordable housing that will be maintained in the manner that it should have been all along.”

John D. Hanify of Jones Day observed: “This is a great victory for the determined residents of Orlando and Waldeck Streets, who organized and recruited the City, its agencies, GBLS and CSNDC to forge a partnership that will assure this housing remains affordable for future generations of City residents. Jones Day was pleased to play a supportive role.”

The owner of the buildings, Uwagboe O. Oru-Lawrence, filed for Chapter 11 Bankruptcy in 2013 and continued to operate his properties as debtor-in-possession until July 2016. Earlier this year, the Inspectional Services Department of the City of Boston had filed several court actions against the owner to address violations in connection with health and safety issues at the Dorchester and Mattapan properties, including electrical and vermin problems.

Joseph Butler, the Trustee appointed to administer the bankruptcy case, filed a motion in July 2016 to abandon the Orlando St. property, essentially allowing the mortgage holder to foreclose on the property. In early August, CSNDC began discussions with the Trustee to acquire the Orlando St. property, as well as the Waldeck St. property, and preserve them as affordable housing. The Tenants, along with the Boston Public Health Commission, held claims against the bankruptcy estate in excess of $3,500,000 without duplication; however, they agreed to waive their claims if the property was sold to a non-profit such as CSNDC with the agreement that it would be maintained as affordable housing.

On October 5, 2016, the Trustee conducted a sealed bid auction in the bankruptcy court, and determined that CSNDC’s bid was the highest and best offer due in large part to the claim waivers. Chris Mirick, a partner at Pillsbury who argued in court on behalf of the tenants, commented on the bid structure: “It was important to the tenants that these apartments be preserved as affordable housing. By waiving their claims, they were able to improve the economics of the CSNDC bid and achieve this great result.” In approving of the Trustee’s decision, Chief Judge Hoffman held that the wishes of the Tenants, as a large creditor body other than the mortgage holders, should be taken into consideration in determining the outcome of the matter. The sale of the properties to CSNDC was approved by the U.S. Bankruptcy Court for the District of Massachusetts on October 5, 2016 and the final deal closed on October 27, 2016.

"We are pleased by the judge's ruling, which will provide much-needed stability for our clients, 12 previously homeless individuals who had found themselves in our emergency shelter system. Connecting our clients with permanent housing solutions such as these is the ultimate goal of BPHC's homeless services, and is the answer to ending chronic homelessness," said BPHC Executive Director Monica Valdes Lupi, JD, MPH. "The efforts of our General Counsel Tim Harrington and Assistant General Counsel Mimi Brown on behalf of the tenants showcase the mission of BPHC: to protect, preserve, and promote the health and well-being of all residents, particularly the most vulnerable."

“The process of working with the coalition – the attorneys, the City of Boston, our funding partners, City Life/Vida Urbana and the tenants of the Waldeck and Orlando St. properties – represents the personification of CSNDC’s mission of building a cohesive and resilient community in South Dorchester and developing affordable housing that is safe and sustainable, and that promotes economic stability for low- and moderate-income residents,” noted Gail Latimore, Executive Director at CSNDC. “We look forward to continuing these important partnerships as we renovate these properties to ensure future stability,” said K. Beth O’Donnell, CSNDC’s Director of Real Estate.