Grocery shoppers used to make the final decision of their supermarket trip in the checkout line. Reaching for boxes of cereal, cartons of eggs, and jars of jam in their rolling metal carts, placing those items onto slow-moving counter conveyor belts, they weighed two options. Paper or plastic? Which is less cumbersome? Which is more durable? Which is more environmentally friendly? Which is most easily repurposed for other home use? Shoppers grew accustomed to the cashier’s kind offer of a choice.

In some parts of the country, the choice between paper or plastic is now as outmoded as the choice between dial-up or DSL. An increasing number of state and local governments are regulating the types of bags merchants provide their customers. In November 2016, California became the first state to enact a state-wide bag ban. Voters approved Proposition 67, which placed Senate Bill 270 into effect, prohibiting most pharmacies, supermarkets, convenience stores, and liquor stores from furnishing “single-use carryout bags.” The law defines single-use carryout bags as any non-reusable bag made from plastic or non-recycled paper. The law also prohibits storeowners from freely distributing allowable bags: storeowners must charge at least 10 cents for each reusable bag or recycled paper bag not subject to the ban.

When shoppers didn’t rebel, others followed the Golden State’s lead. Just weeks ago, New York made headlines as the second state to ban single-use plastic bags. The New York bag ban, which will take effect on March 1, 2020, is similar to California’s. Notably, it allows cities and counties to charge a 5-cent fee for paper bags, which will subsidize reusable bags for low-income residents and New York State’s Environmental Protection Fund.

But bag bans aren’t just creatures of state statute. Local governments have legislated far more on this issue than the states. For example, all of Hawaii’s counties enacted prohibitions on single-use carryout bags, effectively creating a state-wide bag ban without a state statute on the books. In Massachusetts, an impressive 95 cities and towns, including the City of Boston, have promulgated some type of bag ban as of March 2019. And this is just the beginning.

The case for bag bans is compelling. Everyone recognizes that plastic bags, one of the most common forms of litter, pollute our land and water. Researchers estimate that a single plastic bag is used for an average of just 12 minutes but has a life expectancy of up to 1,000 years. Wastefulness aside, our reliance on plastic may have troubling public health consequences. Scientists link plastic exposure to cancer, birth defects, and impaired immunity. And if that weren’t scary enough, environmentalists suggest that by 2050 the world’s oceans may contain more plastic by weight than fish. So it’s not surprising that movements to reduce plastic waste are gaining traction.

Some companies have already taken action to position themselves ahead of the curve. In August 2018, Kroger’s, the largest grocery chain in the United States, pledged to phase out plastic bags in their stores by 2025. Lululemon Athletica, the champion of athleisure, has long supplied customers with reusable bags plastered with messages that reinforce its lifestyle branding. Ikea upped the ante when it committed to removing all single-use plastic products — straws, plates, cups, and, of course, bags — from its shelves by 2020. Whether or not retailers face bag bans directly, they should take notice of the evolving legal landscape and consider sensible and strategic responses. After all, these new legal requirements reflect changing cultural preferences and consumer appetites. 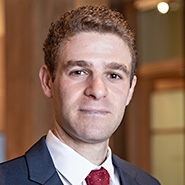