In a departure from earlier court decisions, the Massachusetts Supreme Judicial Court (SJC) has imposed additional potential liability on employers for wage-and-hour compliance. In Reuter v. City of Methuen, the SJC explained that employers are immediately and strictly liable under the Massachusetts Wage Act, G.L. c. 149, §§ 148, 150, for all delayed wage payments – including payments made before an employee even asserts a claim. This update discusses Reuter and provides practical considerations to assist employers with Wage Act compliance.

The Wage Act is a strict liability statute that imposes liability on Massachusetts employers and certain individual officers and executives.1 Under the Wage Act, employers must pay terminated employees all owed wages on their termination dates.2 These wages include earned hourly and weekly salary, tips, accrued and unused holiday and vacation time, paid time off (PTO), earned commissions and non-discretionary bonuses, and other compensation.

Any failure to comply with the Wage Act may result in severe penalties, including actual and triple damages, attorneys’ fees and court costs. The Wage Act does not distinguish between intentional conduct and innocent mistakes, and there are no “safe harbor” provisions for inadvertent delays or miscalculations.

In Reuter v. City of Methuen, the SJC strictly interpreted the Wage Act and held that employers are automatically liable for triple the amount of any late wages owed to a terminated employee, even if those wages are paid before the employee files a lawsuit. See generally 489 Mass. 465 (Apr. 4, 2022). This case arose when Methuen Public Schools terminated a custodian after she was convicted of a crime. At the time of her termination, the custodian has accrued $8,952.15 in unused vacation time. Although the custodian received her regular pay on her termination date, her employer failed to pay the vacation time until three weeks later. After approximately one year, the custodian demanded $23,872.40 from her employer for triple the late paid vacation time (less the amount already paid) and attorneys’ fees.

Earlier Superior Court decisions established that an employer was not required to pay triple damages for late wage payments if the employer paid all wages before its employee filed a lawsuit. Instead, the employee was entitled to only triple the amount of the interest owed on the late payment, plus attorneys’ fees. In Reuter, the SJC disagreed with the earlier decisions and held that “[a]warding only interest for late payment is also inconsistent with the fundamental purpose of the [Wage Act].” 489 Mass. at 473. Now, by contrast, employers are liable for three times the amount of late-paid wages, regardless of when those late payments are made. The SJC acknowledged that this ruling would likely impose harsh results on employers that make honest mistakes, explaining that “[t]he Legislature has chosen the stick rather than the carrot to encourage compliance with the [Wage Act.]” Id. at 471.

This decision emphasizes the already harsh penalties facing employers under the Wage Act. Employers must ensure that employees are paid their full wages on the day the employee is discharged.

In the wake of Reuter, advance planning and internal cooperation are essential upon an employee’s involuntary termination. Avoiding liability under the Wage will require management and human resources professionals to coordinate, along with their colleagues responsible for benefits, compensation, and payroll before an employee is terminated.

In some scenarios, a termination may have to be delayed to ensure a full final wage payment occurs. In other situations, the avoidance of potentially significant liability with an immediate termination may weigh in favor of placing an employee on paid administrative leave until the employer is ready to terminate that employee and provide the final wage payment. Under Reuter, the modest cost of a short leave may be outweighed by the potential exposure for late wage payments.

Similarly, timing of direct deposits and wire/ACH transfers, and coordination with third-party payroll providers must be considered before terminating an employee. Any delays associated with payments may result in significant employer liability under the Wage Act.

Finally, in Reuter, the SJC did not address whether all inadvertent payroll errors and miscalculations are subject to similar liability under the Wage Act. It is possible that future SJC decisions will apply the same reasoning in Reuter to all wage payments. Thus, employers should be vigilant with making timely weekly wage payments, as well as commissions and bonuses when they are “definitely determined, due and payable.” 3

1These individuals consist of “the president and treasurer of a corporation and any officers or agents having the management of such corporation.” G.L. c. 149, § 148.

2 One exception is that employees who voluntarily resign may be paid on the employer’s next regular payday. 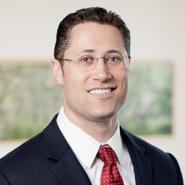