No, Insurance is Not the Solution to the Problem

At least not in the short-term, and perhaps, for most, not at all.

Here’s why and what you should be doing now:

By now, most of you have received – either directly or indirectly – notes, articles and missives of type indeterminate commenting on whether, how, and to what extent the insurance industry will respond to the real and enormous loss that is being sustained by the insured public. We know; we’ve received, read, and continue to read them, too. It is appropriate to focus on insurance issues now, although it is extremely unlikely that insurance will be a source of short-term monetary relief because there are likely to be substantial barriers to recovery that will require analysis, negotiation and perhaps litigation before resolution.

For many insureds, insurance may not provide any relief, or any appreciable relief, at any time.  Nevertheless, thoughtful review of contracts and policy forms, and consideration of the legal context in which they will be interpreted, should start now and insureds must be careful not to self-limit their ability to establish a right to policy proceeds.

This is the current state of play.

Underwriters, claims personnel, lawyers (those who traditionally represent insurers and those who traditionally represent insureds), state regulators, legislators at all levels, insurance agents and brokers and insureds are all scrutinizing insurance policies to determine whether there is coverage for at least some of the loss that is being realized throughout all sectors of the economy, both domestically and internationally. One size does not fit all, and there are myriad insurance coverages and forms that, in many cases, have been specifically tailored as industry- or insured-specific based on the predictable risks associated with a particular area of business. These are, in our view, some of the most meaningful issues being considered:

As of March 31, 2020, the most significant impact of the measures being taken to control the spread of the novel Coronavirus is the dramatic reduction in income in nearly every business segment, and at all levels. This has focused attention on the time-element coverage that is included in many policies that insure against the risk of physical loss or damage to property.

In most policies, there must be physical damage to covered property resultant from a covered event for this type of “Business Interruption” or “Loss of Earnings” coverage to be available. Because most businesses have not actually suffered physical damage or loss, but are still experiencing catastrophic reduction in income, there is ongoing scrutiny of policy wordings that are trying to tease out just how broadly the concept of physical loss and damage can be construed.

The answers to these, and the many other questions being posed, will depend on several factors, including these:

Some policies contain provisions that will support a claim for lost income, or other business loss if it is occasioned by actions of civil authorities. There are many different formulations of this type of policy wording, and there is little consistency in terminology. Some wordings require ancillary or prior physical damage either to the insured property or, in some instances, to other property if there is a direct (and in some cases indirect) impact on the insured’s business operations because of the actions of the civil authorities relating to the event that resulted in that physical damage.

The insurance marketplace has dealt with the issues in this area many times in the aftermath of significant events. What is different in this instance is that there is not an initiating, specific, causal event resulting in the actions of the authority (as there is after a major hurricane, or a bombing, or even a chemical leak that results from a specific, known happening). Whether any coverage meant to indemnify for loss resultant from acts of civil authorities will apply will, as with Business Interruption and all other types of coverage, require a review of the wording in each policy, and a consideration of that wording in relation to the facts that involve each insured.

Some policies contain provisions that will support a claim for lost income, or other business loss when ingress to or egress from a covered property is prevented.  Most formulations of this form of coverage will require as a triggering event direct physical loss or damage to a property of the type insured against. Nevertheless, a review of the policy wording, and a consideration of that wording in relation to the facts, should be considered.

A small number of policies contain specific forms or extensions that afford coverage for loss relating to viral, bacterial or pandemic conditions. Indeed, there are policies that have been issued solely with respect to these perils. The scope of coverage under either variant differs greatly with each wording.  Some afford coverage for clean-up and remediation costs only; some include coverage for business interruption loss or lost earnings coverage (variously limited) during the period of interruption or suspension necessarily incurred while remediating (or longer); and others include coverage for both.

If an insured can establish that an insuring agreement in a policy would, or reasonably can be interpreted to, afford coverage it is then the insurer’s burden to demonstrate that other language in the policy either excludes or limits that coverage. There are a number of exclusions that may impact coverage in connection with these matters. Some are focused on viral and bacterial events. Among them are infectious disease and microorganism exclusions, some of which apply regardless of whether there is any physical loss or damage to property. Again, each policy form should be carefully reviewed in this context in relation to each set of facts experienced by each insured.

Rules of Construction and Interpretation

Insurance policies are contracts. Courts have established a number of rubrics that are applied by interpreting these contracts, and different states have adopted different sets of these rules. For example, some courts will focus on an insured’s “reasonable expectations” when reviewing insurance contracts, and others will presumptively construe ambiguous terms against drafters. The jurisdiction in which contracts will be interpreted can, and often does, matter.

State or Federal Governments, either through legislation or executive orders, may impose restrictions on the ability of insurers to limit coverage, or mandate that certain coverage be afforded. There is movement in some states in this regard. Bills have been introduced in New Jersey, Ohio and Massachusetts as of March 31, 2020, although each seems subject to constitutional and other attacks on many levels and none has made any meaningful legislative progress yet. There is also preliminary action in Congress relating to a structure that would be similar to the insurance backstop that was established after the events of 9/11. These initiatives will develop over time and will likely be challenged if initially put in place without agreement by all stakeholders. Developments in this area should be carefully monitored.

OK, so there’s a lot of uncertainty and likely will be for some time – what should be done now?

Do not self-limit the scope of insurance coverage that is available.

Yes, it’s likely the case that most policies of insurance will require some sort of physical damage as an initial step in establishing coverage, but there will no doubt be a long and difficult path through litigation in several states and the federal courts before just what that means in the context of this pandemic is established. And, some policies may be far broader. It is important to act in ways that maximize the potential to take advantage of whatever coverage is ultimately determined to be available.

Instruct your broker, and other professionals who work with you, to carefully review each of your policies. They should identify each area of potential coverage and prepare a realistic assessment of the likelihood of recovery, updated regularly.

Document all instances of actual on-site exposure to the virus.

If a member of staff, at any level, has tested positive and was in a building, or if a tenant in a multifamily habitational setting has tested positive, or in any other similar instance, it is important to document the involved facts with as much specificity as possible.

Track and document all financial and other impacts.

Track reduced income, lost opportunities, increased expenses and other business impacts that may be related to the impact of the pandemic, and actions taken by governments and others relating to it. Again, do not self-limit. Track all that can be tracked, maintain documentation supporting calculated loss, and update that information on an ongoing basis. If coverage can be established, this information, along with the past experience of the business, will be useful to establish the loss sustained.

Consider, in consultation with your broker and other advisors, submitting a notice of loss to your insurers.

If a loss has been experienced that reasonably can be related to the pandemic and actions related to it, then it may be useful to submit to insurers, through your broker, a notice of loss. The language to be used in the notice will depend on the facts, the types of policies involved, the insurers involved and a host of other factors. Care should be taken, therefore, in drafting the notice to prevent any limitations on later submissions and maximize the potential for recovery of insurance monies. That recovery, of course, is likely to be months or years in the future, if it is realized at all. Still, starting the process of interacting with insurers should be carefully considered now. 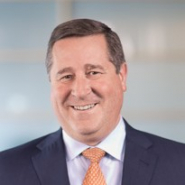 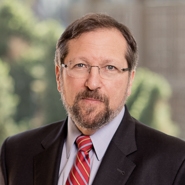