Goulston & Storrs would like to wish all of the players in the Premier Hockey Federation (PHF), the home of professional women’s hockey in North America, good luck in their pursuit of the 2022 Isobel Cup in Tampa, Florida. PHF players representing the Boston Pride, Buffalo Beauts, Connecticut Whale, Metropolitan Riveters, Minnesota Whitecaps, and Toronto Six will compete for the 2022 Isobel Cup on March 25-28, with games streaming live across the United States on ESPN+ and internationally on ESPN affiliates including TSN Direct in Canada.

The Isobel Cup will be awarded on March 28 live at 9:00 p.m. ET on ESPN2 and TSN2 reaching the largest single broadcast audience ever for professional women’s hockey.

The firm would also like to congratulate Commissioner Tyler Tumminia, Premier Hockey Federation Commissioner, for being recognized by The Hockey News as one of the “2022 100 People of Power & Influence” in hockey.

Goulston & Storrs represented the PHF in connection with its preparation of the 2022 Season, including securing a broadcast agreement with ESPN+ and other broadcast partners, and other related sponsorship agreements, including Upper Deck trading cards and EA Sports. The matters were led by Jonathan Calla, a director in the firm’s Corporate Group. Calla has served as outside general counsel for the Premier Hockey Federation since early 2019. He assisted the league with both its corporate reorganization and the successful completion of its season during the pandemic.

About the Premier Hockey Federation

The PHF is the home of professional women’s hockey in North America. Established in 2015 as the National Women’s Hockey League, the NWHL rebranded to become the PHF in 2021 and provide opportunities for elite athletes to earn a living playing the game they love while fueling the continued growth of the sport. The league is made up of the Boston Pride, Buffalo Beauts, Connecticut Whale, Metropolitan Riveters, Minnesota Whitecaps, and the Toronto Six who all compete annually for the Isobel Cup. 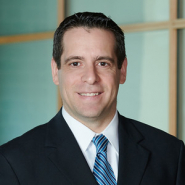