As the U.S. economy enters its tenth year of continuous growth, cities are responding with ways to harness development pressure for affordable housing and for job creation and training. Boston’s elected officials are advancing several proposals that mirror steps taken by the State of New York and Washington, D.C. governments.

The City of Boston has been eager to increase resources for affordable housing and job training in the current strong economic climate. In January 2019, Boston Mayor Martin J. Walsh submitted a home rule petition to the City Council and the Massachusetts General Court requesting significant changes to Boston’s linkage program and its Inclusionary Development Policy. On August 21st, the Boston City Council unanimously approved an amended version of the petition to include the following:

Mayor Walsh signed the amended petition on September 12th; it will now be considered for adoption by the legislature.

Unlike changes to linkage, IDP changes can be made without legislative authorization. The Boston Planning and Development Agency has convened a study group and hired an economic consultant to address the effect of possible IDP changes on development feasibility, reflecting that the effort to update IDP requirements is well underway.

It is unclear when the Edwards proposal will be taken up as the Walsh proposal occupies the attention of the General Court.

These proposals mirror responses to development pressure in other cities.

In June, New York’s Governor Cuomo signed into law the Housing Stability and Tenant Protection Act of 2019. This act imposes a slew of new rules, including a 2% cap on rent increases for Major Capital Improvements, amortized over approximately 12 years, and a Maximum Collectible Rent cap for rent-controlled tenants determined by the average of the five most recent Rent Guidelines Board annual rent increases for one-year renewals. The Act is expected to directly impact about 40% of New York City’s rental housing stock. Although it has gained less traction, momentum for rent control is building in Boston. Councilor Althea Garrison submitted a home rule petition in April, capping annual rent increases at 7%, and Councilors Edwards, Kim Janey and Andrea Campbell have expressed a willingness to push their own rent control measures.

In May, the District of Columbia Council voted to increase recording and transfer taxes on the sale of commercial and mixed-use “Class 2 Property,” or a controlling interest in such property, valued over $2 million from 1.45% on each to 2.5%, for a combined 5%, effective October 2019. Subject to certain exemptions, non-purchase money loans over $2 million for Class 2 Property will also be subject to a 2.5% recording tax on the increased principal. Fifteen percent of the generated revenues are earmarked for the Housing Production Trust Fund.

Mirroring Boston’s Imagine Boston 2030 plan, issued in 2017 and emphasizing inclusive growth, the D.C. Office of Planning is overhauling its Comprehensive Plan for the first time since 2006. The Comprehensive Plan provides a 20-year framework for growth and development in the District. The draft Framework Element, currently out for public comment, places a strong emphasis on affordable housing, displacement, and neighborhood stabilization. 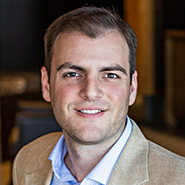 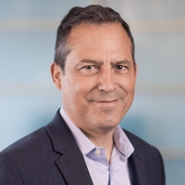