Recode's annual Code Conference was held May 29-31 at the Terranea Resort ~ 15 miles south of Los Angeles and featured on stage interviews with the founders and leaders of some the world's best known technology and venture companies. The conference was attended by 700 people via invitation.

Conference Summary: There were three overarching themes this year. The first was the tech industry's responsibility for the content on their platforms and their product's impact on society. The second was the consolidation of traditional media companies in an effort to compete with Apple/Facebook/Netflix in the entertainment space. The third was the position of China in relation to competing with the US for global technology dominance. 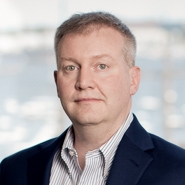