Landlord and Tenant shall each be excused from performing its obligations or undertakings provided in this Lease, in the event, but only so long as the performance of any of its obligations are prevented or delayed, retarded or hindered by...laws, governmental action or inaction, orders of government...Lack of money shall not be grounds for Force Majeure.

What's Trending in the Retail Industry? 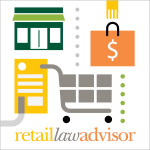