D.C. Transfer and Recordation Taxes May Increase to 5%

Last month D.C. Mayor Muriel Bowser submitted her proposed 2020-2023 budget and financial plan to the D.C. Council. The Mayor’s proposed budget and financial plan includes a proposal to increase transfer and recordation taxes from 2.9% to 5% on transactions of over $2 million. The proposed increase would apply both to direct transfers of D.C. real property and to transfers of economic interests in certain entities that own DC real property. Also, the recordation tax payable on applicable D.C. deeds of trust would increase from 1.45% to 2.5%.

As would be anticipated, some in the commercial real estate community are expressing concerns about the proposed increase in taxes. Kirsten Williams of the Apartment and Office Building Association of Metropolitan Washington told the Washington Business Journal, “We’re being asked to do our part when it comes to the environment, affordable housing, Metro, subsidizing the city’s gas and water infrastructure. We’re committed to doing our part, but there has to be a balance.” Yesim Sayin Taylor, Executive Director of the D.C. Policy Center, has expressed fear that the tax increases will push some businesses to the suburbs. Those in opposition to the immediate implementation of the proposed increase are arguing for either a compromise, with a tax rate of less than 5%, or a delay to allow a commission to study the effects of the proposed tax increase before it is implemented.

Despite the arguments advanced by those in the commercial real estate community, D.C. Council Chairman Phil Mendelson seems to be the only person on the 13 person council who has so far expressed concern that the recordation and transfer tax increase could have a chilling effect on business in the District. Meanwhile, Ed Lazere, Executive Director of the DC Fiscal Policy Institute, has given his support for Bowser’s tax increases and has countered the voices of dismay in the real estate community, stating, “As any real estate investor will tell you, location not only matters, but is paramount. The fact that the District has higher rates hasn’t scared anyone away so far.”

If adopted by the D.C. Council, the recordation and transfer tax increase will take effect at the beginning of the District’s next fiscal year, October 1, 2019.

If you have a question about this development, we invite you to reach out directly to the authors or any member of our Real Estate Acquisitions and Dispositions Group.

Disclaimers: This content should not be construed as legal advice or legal opinion on any specific facts or circumstances. The contents are intended for general informational purposes only, and you should consult your own lawyer concerning your situation and any specific legal questions you may have. 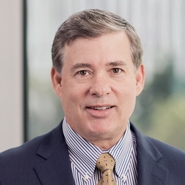