Legal malpractice claims are harrowing for any lawyer, but understanding their scope is a critical step to avoiding them. This is particularly true when serving as counsel to closely-held companies. Relationships between lawyers and closely-held companies can be intimate ones in which lawyers interact with a few “constituents” (e.g., shareholders or owners) whose interests generally align with the company’s. In advising these clients, the distinction between the company and its constituents can get lost if a lawyer is not careful. A distinction nevertheless exists and, for purposes of malpractice law, it’s a significant one.

An attorney-client relationship (or “actual privity”) is usually required to bring a legal malpractice claim. But liability doesn’t always end there. Others can sue for malpractice by showing near privity. “Near privity” exists when a lawyer is aware her services are being used for a specific purpose, the plaintiff relies upon those services, and the attorney is aware of the plaintiff’s reliance. Scopia Windmill LP v. Olshan Frome Wolosky, 2017 N.Y. Slip Op. 32031(U), at *5-6 (N.Y. Sup. Ct. Sep. 27, 2017).

Under New York law, however, even near privity may not mark the outer boundary of malpractice liability. “[A]bsent a showing of actual or near-privity,” a plaintiff may maintain a malpractice claim where there is “fraud, collusion, malicious acts or other special circumstances.” Ginsburg Dev. Companies v. Carbone, 85 A.D.3d 1110, 1112 (1st Dep’t 2011) (emphasis added). A review of case law from the past three decades reveals that “other special circumstances” are commonly found where the distinction between a company and its constituents becomes blurred. Case law also reveals that the difference between “near privity” and “special circumstances” is ill-defined.

In Town Line Plaza v. Contemporary Props., 223 A.D.2d 420 (1st Dep’t 1996), a general partner asserted a malpractice claim against the partnership’s bankruptcy lawyer alleging the lawyer knew, but failed to advise the general partner, that filing for bankruptcy would accelerate his personal liability. The court permitted the general partner to assert a malpractice claim based on the “special circumstances” exception. The court said nothing about reliance or the attorney’s awareness of such reliance. In so doing, Town Line Plaza suggests that special circumstances require something less than “near privity” and that lawyers should consider how corporate decisions might affect a company’s constituents.

The court hewed closer to a traditional “near privity” analysis in Good Old Days Tavern v. Zwirn, 259 A.D.2d 300 (1st Dep’t 1999). There, a company’s sole shareholder and president, who “derived his livelihood” from the company, sued the company’s lawyer for malpractice. The court found that the shareholder was “a foreseeable third-party beneficiary” of the lawyer’s services. According to the court, the special circumstances of this relationship were “tantamount to one of contractual privity.” Thus, while the company-constituent distinction is not absolute, under Zwirn, some awareness of the client’s reliance is required.

In contrast, the court effectively equated “special circumstances” with near privity in Leggiadro, Ltd. v. Winston & Strawn, 119 A.D.3d 442 (1st Dep’t 2014). There, two shareholders of an S-corporation sought advice regarding “tax liabilities arising from” a transaction, and thereafter claimed corporate counsel failed to advise them of their individual tax liabilities. The court held that, absent an attorney-client relationship with the individuals, the law firm had no duty to advise the individuals regarding personal liability. Contrasting Zwirn, the court observed that the individuals had not alleged any “‘special circumstances’ upon which to find a ‘near privity’ relationship.” The court also emphasized the reliance element, noting that the individuals’ “history of paying pass-through taxes on the S-Corporation preclude[d] them from reasonably relying on defendant’s alleged failure to identify such liability here.

In Kallista, S.A. v. White & Williams, 51 Misc. 3d 401 (N.Y. Sup. 2016), a company and a co-founder sued a law firm for malpractice. The complaint alleged that the co-founder “managed” the company for her husband, who was its owner. The court dismissed the wife as a plaintiff, holding that she was not a “foreseeable third-party beneficiary” of the law firm’s services. Id. at 422. Distinguishing Zwirn, the court reasoned that “[she] is not an owner of [the company] at all, let alone the sole owner. She is not claimed to be an officer. Nor is it claimed that ... she derived her livelihood from [the company].” As a result, there were no facts showing a “‘near privity’ relationship sufficient to extend liability for malpractice to a non-client.”

In Alphas v. Smith, 147 A.D.3d 557 (1st Dep’t 2017), the court found that the plaintiff pleaded special circumstances similar to those in Zwirn without mentioning near privity or any of its elements. In that case, a sole shareholder and company president who “derived his livelihood” from the company brought a malpractice action against the company’s attorney for failing to take basic steps to defend the company in litigation (e.g., failing to answer or attend certain hearings). The court held that the plaintiff could recover damages he suffered personally, including losses on loans he made to the company, lost income, and other personal damages. See also Deep Woods Holdings v. Pryor Cashman, 145 A.D.3d 447, 450 (1st Dep’t 2016) (holding, without mentioning near privity, that the intended assignee of a tort claim could sue the assignor’s counsel for malpractice under the “special circumstances” exception for counsel’s failure to properly assign the claim).

Taken together, these decisions send a warning to attorneys. While there is no question that a closely-held company is a distinct legal entity, New York law creates a slightly porous boundary with respect to an attorney’s duties where a sole shareholder manages the business or derives her livelihood from the entity, or where the plaintiff was a foreseeable third-party beneficiary of the lawyer’s services. Ideally, future decisions will harmonize the “special circumstances” and “near privity” analyses. Such harmony would make clear that a plaintiff’s reliance on an attorney’s advice, and the attorney’s awareness of that reliance, are required to establish “other special circumstances.”

A final twist occurred in Morgan v. Worldview Entertainment Holdings, 170 A.D.3d 500 (1st Dep’t 2019). There, a law firm advised an entity on an employee separation agreement that purported to bind the entity’s “parents ... [and] affiliates.” When the former employee asserted a breach of contract claim against the entity, as well as its parent and the parent’s principals, the latter parties claimed the law firm committed malpractice by making them “obligor[s] under the agreement,” thereby binding them to obligations they would not have chosen to undertake. Without specific reasoning, the court found that “special circumstances” permitted the individuals to sustain a malpractice claim. Morgan represents a potential expansion of the “special circumstances” rule to situations where an attorney unwittingly binds an entity which has not consented to be bound. While Morgan does not fit neatly within the confines of a third-party beneficiary analysis, it is similar in that a lawyer may face liability where it was foreseeable the lawyer’s services would bind a third party.

Despite less than crystal clear case law, lawyers can take a few steps to decrease the chances of creating “special circumstances”:

While the “special circumstances” analysis could be clarified, attorneys can minimize potential malpractice liability to non-clients by setting clear boundaries and respecting them on a day-to-day basis.

Reprinted with permission from the April 2, 2021 edition of the New York Law Journal © 2021 ALM Media Properties, LLC. All rights reserved. Further duplication without permission is prohibited, contact 877-257-3382 or [email protected]. 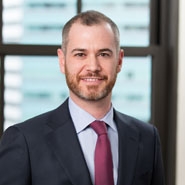 Who Is the Client and Why It Matters
Go