Franchise Agreements and Loans: The Comfort Letter and Beyond

Practice Note:  The franchise agreement, loan documents and comfort letter should be reviewed together to ensure that, if the franchise agreement is terminated in connection with a loan default, either the lender is responsible for the de-identification obligations or the exiting franchisee/borrower retains sufficient rights to access the property to complete the de-identification obligations.

II. CONFLICTS BETWEEN THE FRANCHISE AGREEMENT AND LOAN DOCUMENTS

Payment of Operating Expenses/Cash Traps:  Many hotel loans today provide for a “cash trap” during periods when the hotel is not meeting financial covenants such as debt-service-coverage ratios.  During a cash trap, operating revenues from the hotel are collected in an account controlled by and pledged to the lender and then used to pay costs of the hotel in a set order.  Hotel lenders often require that debt service and other current payments due to the lender be paid before operating expenses of the hotel.  The reason for this approach is that lenders want loan payments to have priority over all other obligations of the borrower.  However, when operating expenses are paid after debt service, there may be insufficient revenues left to pay franchise fees and other amounts due to the hotel franchisor, such as group service charges.  In that case the hotel may no longer be able to meet brand standards which could result in a franchise default and termination which then may trigger a loan default.  As further discussed below, termination of the franchise agreement may also be a recourse event under the loan, with either the lender’s losses or the entire loan amount then due from the loan guarantor.

Recent trends in non-recourse carve-out guaranties for hotel loans can result in unexpected and adverse interactions with the franchise agreement.

Non-recourse carve-out guaranties have become a standard part of the lending landscape, guarantying payment of the lender’s losses in the event of so-called “bad boy” acts by the borrower and guarantying payment of the entire loan in the event of a borrower bankruptcy and certain other events such as unpermitted transfers.  Recently, termination of the franchise agreement has made its way onto the non-recourse carve-out list for commercial-mortgage-backed securities (CMBS) loans, as either a losses-only event or as a full-recourse event, creating serious issues for franchisee/borrowers.  Consider the following scenarios:

Although the interaction of franchise agreements and non-recourse carve-out guaranties can be challenging, interactions between these agreements may provide new avenues for franchisee’s counsel to explore when negotiating guaranty terms with the franchisor or the lender.

Lenders’ concern with substantive consolidation, where the borrower and its assets are pulled into an affiliate’s bankruptcy and the lender’s collateral is exposed to claims of creditors for another entity or person, may offer a fruitful avenue for consideration in negotiating a franchise guarantor.  Hotel franchisors have not traditionally evaluated whether their preferred guarantors (and those guarantors’ assets) are at risk for substantive consolidation with the franchisee/borrower in selecting the franchise guarantor, but a hotel owner’s counsel might direct attention to this criteria as an alternative to financial strength or a “warm body” guarantor preference if it weighs in an argument for or against a particular guarantor.

Hotel franchise agreements and hotel loan documents are often negotiated several months apart and by different counsel.  Comfort letters, where the two sets of documents formally intersect, are often negotiated in a short time-frame right before the loan closing and without extensive involvement of the franchisee’s counsel.  However, there are significant interactions between the hotel franchise agreement and the loan documents that can negatively impact the franchisee if not carefully navigated.

[1] For a “point-counterpoint” on personal franchise guaranties, see “Traditional and Avant-Garde Uses of Personal Guarantees in Franchise Relationships” by Rupert M. Barkoff (23 Franchise Law Journal 137, Winter, 2004) and “What Do Personal Guarantees Offer the Franchisor? Be Careful What You Wish For” by Andrew C. Selden (23 Franchise Law Journal 138, Winter, 2004). 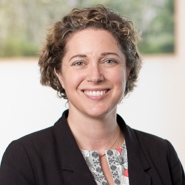