How to Get Ahead of the Next Housing Downturn

David Abromowitz, Real Estate attorney, is featured in The Boston Globe discussing how to get ahead of the next housing downturn.

The public needs to take a lesson from the private sector and capitalize on the downturn in real estate in order to guarantee affordable housing. We've been here in the real estate cycle before.

In the early 1990s, a banking crisis combined with a real estate recession led to tens of thousands of rental units going into foreclosure. As the Resolution Trust Corporation began disposing $450 billion worth of real estate from collapsed savings banks, up for grabs was the fate of thousands of apartment buildings across the country.

Despite advocates pressing to turn these assets into affordable rental housing, hurdles in the system resulted in relatively few properties increasing the supply of permanently affordable housing. Instead, cash-rich for-profit investors moved nimbly to buy apartments from the public at a deep discount and later flipped them for a significant profit. Tens of billions of dollars in public investment into failed savings loans could have been converted into meaningful housing stock, but the opportunity was largely missed.

In 2008, as the subprime foreclosure crisis gripped the country, public agencies again ended up with a growing inventory of real estate assets from failed banks, particularly foreclosed homes in thousands of low- and moderate-income neighborhoods. In response, a coalition of organizations proposed an ambitious program so that community-based organizations could buy properties out of foreclosure. The stabilization of falling home prices prevented further property value plunges and disinvestment while increasing stock of affordable housing in hard-hit communities. 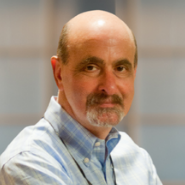