The Massachusetts Superior Court held that a commercial landlord could not evict a tenant who breached his lease by repeatedly failing to pay rent on time and maintain the premises in good condition and in accordance with the building code. The Court held that the tenant’s breaches were neither material to the lease nor sufficiently significant to warrant or permit enforcement of the lease’s default provisions.

The lease required Varano to pay his rent “in advance in monthly installments,” meaning on or before the first of each month, and to comply with specific cleanliness and maintenance conditions while following “any applicable law, statute, ordinance, rule, regulation, or code.” Notwithstanding numerous warnings, however, Varano, typically paid after the first of the month and did not comply with the lease’s maintenance and code requirements. The Landlord sought to terminate Varano’s tenancy and retake the premises on account of these breaches.

Following a bench trial, the Court (Gordon, J.) held that Varano had, in fact, breached the lease. Nonetheless, the Court found that the eviction was improper because Varano’s breaches of the lease were not material or significant enough to justify a forfeiture of the lease under the principles articulated by the Massachusetts Appeals Court in Dibella v. Fiumara.

Applying these factors to the facts of the case, the Court concluded that the Landlord had not been deprived of an “essential and inducing feature” of its contract with Varano. Namely, the Court found that notwithstanding the late payments, the Landlord had always received the rents to which it was entitled and was never impaired to meet its own obligations to lenders or otherwise conduct its financial affairs. The Court also found that Varano’s transgressions with respect to the condition of the Premises never resulted in adverse operational consequences or imposed economic burdens on the Landlord. Additionally, although the Court acknowledged that Varano was not an ideal tenant, it concluded that Varano’s breaches were not made in “bad faith,” and, given the circumstances of a challenging cash management environment, Varano did the best he could in managing his restaurant in ways that were not uncommon in the industry. The Court also found that evicting Varano from the premises with years remaining on the Lease and after Varano invested a substantial sum in improvements was a disproportionate result in light of the nature of his lease violations. “A commercial death penalty, for crimes as inconsequential as [Varano’s] is a result that equity simply will not countenance.”

The Supreme Judicial Court (“SJC”) held that a decision by the Quincy conservation commission denying the city of Boston (“Boston”) permission to build a bridge was preempted by the DEP’s superseding order of conditions allowing the project to proceed.

In 2014, Boston closed a bridge to Long Island (located in Boston Harbor) for safety reasons and removed all but the bridge’s piers in 2015. In 2018, Boston submitted a notice of intent to Quincy’s conservation commission (the “Commission”), notifying the Commission that it intended to rebuild and reopen the bridge to restore access to rehabilitation facilities on the Island (the “Project”). According to the notice of intent, Boston would conduct work in Quincy to rebuild the bridge and as the Project would have an impact on wetlands in Quincy, Boston needed the Commission’s approval to proceed. The Commission denied the notice of intent pursuant to the Massachusetts Wetlands Protection Act (“WPA”) and Quincy’s local wetlands ordinance. Boston appealed the Commission’s decision and also applied to the DEP for a superseding order of conditions. The DEP issued a superseding order, which allowed the Project to proceed. The Commission claimed that the DEP order did not preempt its decision. The Superior Court and the SJC disagreed.

In this case, the Commission claimed it relied on its local ordinance’s reference to “cumulatively adverse effect[s] upon wetland values” and contended that this language alone was more stringent than the language in the WPA. According to the Commission, it did not have enough information to determine the cumulative effects of the work relating to the Project. The SJC was unconvinced by these arguments and concluded that the Commission failed to explain in its decision denying Boston’s notice of intent how its analysis differed from the analysis DEP was authorized to perform. The SJC found that the factors the Commission considered in its analysis did not differ from the factors and standards provided for under the WPA. As such, the Commission’s determination was not based on provisions of its local ordinance that were stricter or different than those under the WPA. As the DEP concluded that the Project satisfied the WPA requirements and performance standards, the SJC held that the superseding order DEP issued for the Project would govern.

Plaintiff Stonegate Group Management, LLC (“Stonegate”) sought to purchase commercial property (the “Property”) in Dracut, MA from defendant Tucard, LLC (“Tucard”) in 2020. Tucard accepted Stonegate’s offer to purchase the Property and the parties exchanged drafts of a purchase and sale agreement for several months with Stonegate accepting all of Tucard’s requested changes. Tucard, nonetheless, refused to sign the agreement. Litigation by Stonegate resulted.

The Appeals Court found that Stonegate failed to comply with the strict requirements of the Lis Pendens Statute because it did not name as defendants the commercial tenants of the Property. The Appeals Court noted that requirements of the Lis Pendens Statute, including naming in the complaint as defendants “all owners of record and any party in occupation under a written lease,” must be strictly complied with to obtain a lis pendens. Although Stonegate argued that it was unable to name the commercial tenants because Tucard failed to provide that information, the Appeals Court held that Stonegate had not made sufficient efforts to identify and name these tenants, and as such, its failure to do so meant the lis pendens was issued in error.

The Appeals Court then addressed Tucard’s special motion to dismiss pursuant to the Lis Pendens Statute. A special motion to dismiss may be granted if a defendant can show by a preponderance of the evidence that a plaintiff’s claims are completely lacking in reasonable factual support or any arguable basis in law. Tucard argued that Stonegate’s complaint was devoid of any reasonable factual support because Stonegate’s offer was not a valid contract and, therefore, not binding. Tucard also argued that Stonegate’s claims were barred by the Statute of Frauds. The Appeals Court was unpersuaded by these arguments.

First, the Appeals Court concluded that the offer for the Property was negotiated by sophisticated parties and included the essentials of the parties’ agreement, in particular a negotiated purchase price. The Appeals Court also held that the language in the offer regarding execution of the mutually satisfactory P&S did not preclude a determination that the signed offer was a binding contract or compel a finding that performance was conditioned on the execution of a mutually satisfactory P&S. The Appeals Court further found that a provision in the offer limiting the parties’ remedies to the deposit did not preclude the right to specific performance. The Appeals Court also held that the requirements of the Statute of Frauds were satisfied for purposes of the special motion to dismiss because the offer described the terms of the sale and the purchase price, contained a description of the property, and reasonably corresponded with the final draft of the P&S agreement. 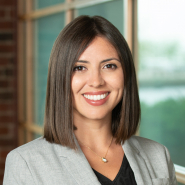 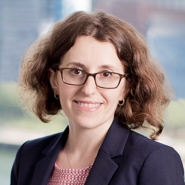