Lender liability typically refers to the situation where a lender exercises such a high degree of control over the day-to-day activities of the borrower that it becomes exposed to claims that otherwise would be asserted against the borrower. A recent decision by a New York Supreme Court judge determined that lenders may be exposed to liability even in the absence of control. This result, if upheld, may gain newfound importance in the COVID-19 era where lenders may turn to courts to help them protect their assets.

In the Supreme Court decision issued on March 26, 2020, U.S. Bank N.A. v. DCCA, LLC, Index No. 53946/19, the issue was which party was liable to employees of the Doral Arrowood Hotel and Conference Center (the “Doral Arrowwood”) for Doral Arrowwood’s failure to provide 90 days’ prior written notice of mass layoffs as required under the WARN Act.

The Doral Arrowwood, an upscale hotel and conference center in Westchester County, had come under financial stress in recent years. Its mortgage was deeply underwater. In 2019, its lenders filed a foreclosure action and sought and received a court-appointed receiver to prevent the Doral Arrowwood from closing and protect it as a going concern. However, by December 2019, the receiver needed new funds to maintain payroll, among other things. The lenders refused to provide new funding which forced a notice of mass layoffs on Christmas Eve, effective on January 12, 2020, far less notice than the WARN Act requires. The court granted the receiver’s motion to be discharged.

Under New York law, “[i]f, at the termination of a receivership, there are no funds in the hands of the receiver, the court may fix the compensation of the receiver . . . and may direct the party who moved for the appointment of the receiver to pay such sums, in addition to necessary expenditures incurred by the receiver.” CPLR 8004(B). In evaluating whether to apply this provision of New York law, courts in New York review “special circumstances” in detail, including whether a delinquency by a judgment creditor has increased the receiver’s expenses or prevented the collection of greater receipts.

As businesses, including those in the hospitality and retail industry, are under pressure in light of COVID-19, this New York Supreme Court decision demonstrates that lenders must be particularly mindful of actions that may force them to incur additional and unexpected exposure to liability. We will continue to monitor developments in this area that may impact both borrowers and lenders. 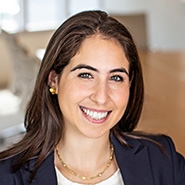