Holders of claims against the debtor often “trade” (i.e., sell) their claims at a discount for immediate payment rather than wait for an often uncertain recovery in a bankruptcy case. In large bankruptcy cases, a private third party known as the “claims agent” is retained on behalf of the bankruptcy estate to, among other things, act as the official court reporter of claims transfers and to maintain a register of claims filed in the case. Recently, in In re Madison Square Boys & Girls Club Inc. the Bankruptcy Court for the Southern District of New York held that a claims agent could not provide real-time claims data synchronization services to an online claims-trading platform in return for a commission to the claims agent for claims traded on the platform. Notably, the court determined that the compensation arrangement was not authorized by federal law governing the retention of claims agents and implicated federal ethical rules. The decision is an important reminder that there are limits to the services a claims agent may provide in a bankruptcy case and that the practice of claims trading continues to remain largely outside of the supervision of the bankruptcy court. Accordingly, parties thinking about buying or selling claims are well advised to retain bankruptcy counsel to help navigate the claims trading process.

“It is unclear whether courts will view the Madison Square decision as prohibiting claims agents from providing data-synchronization services altogether or see the decision as a case-specific issue with a retention and compensation structure.” 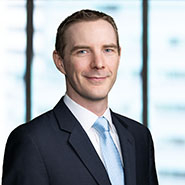