Nationwide, college athletic programs are facing a dilemma: can they roster transgender athletes on teams that conform with their gender identity? The answer is: it depends on where the team is located. In recent years, presidential administrations, Congress, states, and federal courts have weighed in on this issue. School athletics must not only take into account the guidelines and bylaws of the NCAA, but also must consider the federal guidance of the Department of Justice and the Department of Education, the recent rash of state laws that prohibit the participation of trans athletes in sports, and judicial decisions that interpret federal and state law. This is a daunting task as the four sets of rules (NCAA, federal law, state law, and judicial decisions) appear to be in conflict in interpreting the right to roster transgender athletes to conform to the athletes’ gender identity.  These conflicting policies create risk for athletic departments of colleges and universities.

The NCAA has had a trans-inclusion policy in place for years, predating the current legal debate. The NCAA bylaws allow for transgender athletes to participate on teams that conform with their gender identity if certain conditions are met regarding hormone therapy. Additionally, in August 2011, the NCAA issued guidelines (the “NCAA Guidelines”) on trans-inclusive policies for intercollegiate athletic teams. The NCAA Guidelines’ purpose was “to provide guidance to NCAA athletic programs about how to ensure transgender student-athletes fair, respectful, and legal access to collegiate sports teams based on current medical and legal knowledge.” The NCAA Guidelines, among other things, advise institutions that “all members of the school community should receive information about transgender identities, non-discrimination policies, the use of pronouns and chosen names, and expectations for creating a respectful school and team climate for all students, including transgender students.” Further, they recommend that transgender athletes be afforded access to the locker room and other facilities in accordance with their gender identity and that transgender student-athletes should be assigned hotel rooms according to their identified gender in the same manner that other members of the team are assigned rooms. The NCAA Guidelines’ purpose is to treat transgender athletes the same way as their cisgendered teammates.

The NCAA recently reaffirmed its trans-inclusive policies, partly in response to the ongoing legal battles, and stated that it “regularly assesses its practices related to transgender participation and solicits feedback” from not only medical community experts and inclusion thought leaders, but also current and former student-athletes.  The NCAA included an educational session on transgender and nonbinary student-athlete participation in its annual Inclusion Forum, which took place June 2–4, 2021.

In June 2020, the United States Supreme Court clarified that homosexual and transgender individuals are entitled to the protections of Title VII.[1]  In an affirmance of the Supreme Court’s Bostock decision, on his first day in office, President Biden issued an Executive Order, entitled, Preventing and Combating Discrimination Based on Gender Identity or Sexual Orientation. Among other declarations, the Executive Order asserts that “[a]ll persons should receive equal treatment under the law without regard to their gender identity or sexual orientation”, including that “[c]hildren should be able to learn without worrying about whether they will be denied access to the restroom, locker room, or school sports.” This Executive Order changed the federal government’s position on transgender rights from that which existed under the prior administration.

Since January 21, 2021, the Department of Justice’s Civil Rights Division issued a memo to all federal agencies extending the protection to gay and transgender people under Title IX as well.  The Civil Rights Division wrote that based on the Bostock decision, Title IX also should be read as protecting the status of gay and transgender students. In its memo, the Division wrote: “After considering the text of Title IX, Supreme Court case law, and developing jurisprudence in this area, the Division has determined that the best reading of Title IX’s prohibition on discrimination 'on the basis of sex' is that it includes discrimination on the basis of gender identity and sexual orientation.”

On April 6, 2021, the Department of Education’s Office for Civil Rights, which is responsible for enforcing Title IX, announced it would undertake a comprehensive review of its Title IX regulations.  It announced that “all students should be guaranteed an educational environment free from discrimination on the basis of sex, including discrimination in the form of sexual harassment, which encompasses sexual violence and including discrimination on the basis of sexual orientation or gender identity.”

Transgender athletes also face legal challenges on a state level. Eight states have passed laws prohibiting women from participating in sports outside of their birth gender[3] and over 30 states have introduced some form of bill that prohibits transgender athletes from participating on single-sex sports teams. For example, in Arkansas, Governor Asa Hutchinson signed Senate Bill 354, which bans transgender women and girls from participating in school sports. The decision comes two weeks after Mississippi Governor Tate Reeves signed a similar bill, which will go into effect July 1, 2021. Arkansas Attorney General Leslie Rutledge stated, “We don’t want common sense to be overshadowed by so-called political correctness, and this bill will ensure the integrity of girls and women in sports.” Florida’s law would require any athlete whose biological sex is disputed to have a health official examine the athlete’s reproductive anatomy.

North Carolina's bill, known as the "Save Women's Sports Act," would prevent transgender women from playing on women's sports teams at public schools or universities as well. Texas’s legislature took a similar approach, introducing a bill that would prohibit transgender athletes from participating on single-sex sports teams in public high schools, colleges, and universities. This week, Texas’ Governor called the legislature back into special session to vote on this bill.

In Bostock, the United States Supreme Court held that homosexual and transgender individuals are a protected class under Title VII. Bostock came to the Court as a consolidation of three Title VII appeals—two cases of which involved employees being fired for being gay and the third involved the firing of an employee who intended to undergo gender affirmation surgery. In a 6–3 ruling, the Supreme Court found that homosexual and transgender individuals were afforded “protected class” status under Title VII.  It found that the employers’ conduct constituted illegal discrimination. The majority, analyzing Title VII’s language that prohibits discrimination on the basis of sex, concluded that sex was so intertwined with sexual orientation and gender identity, that any discrimination based on sexual orientation or gender identity is necessarily, in part, discrimination based on sex.[4]

The majority made clear that its definition of “sex” only should be applied to Title VII and employment matters. However, the Bostock ruling does seem to open the door to similar interpretation of Title IX. Such application might have, as Justice Alito mused in his dissenting opinion, unintended consequences, especially for college and university Athletic Departments.

This week, the Supreme Court determined that there are legitimate religious objections to the treatment of lesbian, gay, bisexual, and transgender people and these objections are entitled to First Amendment protection against statutes to the contrary.  In Fulton v. City of Philadelphia, ___ S.Ct. ___, 2021 WL 2459253 (June 17, 2021), the Court unanimously held that Philadelphia’s anti-discrimination laws (which were included in its foster care contracts) did not apply to a Catholic social services agency’s policy to exclude same-sex couples from foster placement. The Court determined the agency’s religious beliefs were entitled to First Amendment protection from Philadelphia’s local laws.  It held that the Catholic-based foster care agency was allowed to maintain its contract with the city and continue to bar same-sex couples from fostering.

While the Court focused on the wording of Philadelphia’s anti-discrimination ordinance in the Fulton decision, it may be read to exempt faith-based opposition to laws precluding discrimination against gay and transgender individuals. Indeed, future rulings may allow religious colleges and universities to bar transgender student-athletes.

And, in Soule v. Connecticut, some cisgendered female high school athletes in Connecticut sued the Connecticut Interscholastic Athletic Conference for violating Title IX.  The plaintiffs claimed the conference’s policies allowed transgender athletes to unfairly dominate track and field events when those events were meant for cisgendered female competitors.  The Trump administration, which issued guidance that interpreted Title IX in line with the Connecticut plaintiffs’ arguments, supported the lawsuit. The court dismissed the Connecticut action on the ground of mootness.  The court held that because the transgender athletes in question had already graduated from high school and would not be participating in CIAC events, there was nothing left to decide. The court did not decide the case on the merits.  The ACLU issued a statement that it intended to challenge any legislation that prohibited transgender athletes from participating in interscholastic sports, so future litigation is likely.

Colleges and universities face risks and opportunities with regard to transgender athletes. The NCAA by-laws and guidelines permit transgender athletes to compete on teams that conform with their gender identity.  The federal government has issued administrative guidance, Executive Orders, and a Notice of Interpretation that would preclude institutions from discriminating against transgender individuals, under Title VII or Title IX.  A number of states—eight and increasing —have enacted legislation that not only conflicts with federal guidance but also limits the rights of transgender athletes. While courts so far have found restrictions on gay and transgender persons to violate Title VII and Title IX, the United States Supreme Court may have limited the applicability of those decisions where there is a religious issue.  In short, courts are struggling to balance equal protection and Titles VII and IX guarantee with other constitutional protections.  And, of course, colleges and universities need to be able to articulate policies that are compliant with the law and their core values.

The resolution of these issues has real consequences on colleges and universities.  The resolution may affect the institution’s core values and donations.  It also may, in the athletic department, affect the ability to recruit and retain athletes.  The institution may find that its policies may conflict with those of the NCAA, and thereby risk eligibility or media rights revenues.   And, the institution’s policies may put it at the center of disagreements between its state and the federal government.  The Goulston & Storrs College Sports Law Practice can assist colleges and universities in interpreting the seeming inconsistencies in law and minimizing risk for the institutions in implementing policies concerning gay and transgender athletes.

[2] Notably, the Executive Orders, DOJ Memo, and the Notice of Interpretation are all silent as to any potential enforcement actions the Biden administration and its agencies would take against non-compliant institutions. Colleges and universities should be on the lookout for further guidance from the Department of Education on compliance with its Title IX interpretation—and consequences of noncompliance.

[4] In a dissent, Justice Alito pondered the effect the majority’s ruling would have on other matters involving sex discrimination, specifically whether the Court’s interpretation of Title VII—which focuses on employment—would impact Title IX, which applies to sex discrimination in educational and athletic programs. 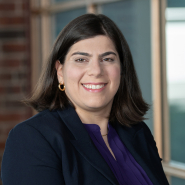