If you employ a nanny or housecleaner in Massachusetts, read on -- you probably are impacted by a new law. In particular, families and individuals who hire domestic workers to provide housekeeping, childcare and other caretaking services in private homes are now considered “employers” under the Massachusetts Domestic Workers Bill of Rights (the “DWBR”). The law, which went into effect on April 1, 2015, greatly expands the rights of domestic workers in what largely has been an unregulated industry. The law also creates several new obligations for families who employ domestic service workers. Most of these rights and obligations apply irrespective of the number of hours the individual works, so the law has extensive application and many households are likely to be affected by these changes.

Who is covered? The answer is quite broad. A domestic worker is defined as an individual who provides any service of a domestic nature within a household, such as housekeeping, cleaning, childcare, cooking, laundering, home management or caring for the elderly or ill. The law does not, however, apply to casual babysitters (those who work, on average, less than 16 hours per week) and personal care attendants. The law also does not cover licensed or registered staffing, employment or placement agencies.

The DWBR formally extends certain existing laws to domestic workers. For example, households must now provide domestic workers with time off under the Commonwealth’s new parental leave and sick leave laws. Domestic workers further are protected from unlawful harassment and discrimination and also from retaliation for wage and hour complaints. In addition, the DWBR makes clear that the unemployment and workers’ compensation laws apply to domestic workers.

The DWBR also creates several new rights and obligations that differ from those imposed on many other Massachusetts employers. For example, the DWBR broadly defines the amount of “working time” for which domestic workers must be paid. Specifically, household employers must now pay domestic workers for all time that the employee is required to be on the employer’s premises, time required to be on duty and any time worked before or after the end of their regularly scheduled shift. In certain circumstances, that means households must pay domestic workers for meal periods as well as rest and sleeping periods. The DWBR also establishes mandatory rest times for domestic workers, although the employee voluntarily can waive his right to time off so long as the employee does so in writing and is compensated at a rate of time and a half for those hours.

The written notice and record keeping requirements of the DWBR also are extensive. For example, when a household hires a domestic worker, it must provide the domestic worker with a written notice that outlines all applicable state and federal rights that apply to the individual. If the domestic worker is regularly employed for 16 or more hours per week, the household must provide a more detailed notice that includes, among other information, the employee’s rate of pay, wages and deductions, hours and breaks, benefits (including time off), duties, and a statement about privacy, grievances and termination rights.

Household employers further are required to keep a written record of wages, hours and the terms of employment for domestic workers for three years from the date when services were performed (although it likely makes the most sense to keep such records for three years after employment ends). Household employers also are prohibited from taking deductions from an employee’s pay for food and lodging unless special circumstances apply and then only if the employee consents in writing. In addition, a domestic worker may request a written evaluation of his work performance after three months of employment and annually thereafter.

As always, if you have questions about this or any employment related matters, we encourage you to contact your usual Goulston & Storrs attorney or any of the authors of this advisory. 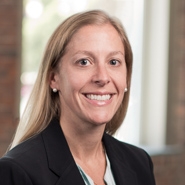