Great attorneys often leave a legacy, but perhaps not as tangible as that of Megan G. Watts, who can see hers just outside her window.

“It has just been really great to contribute to the area that I live in,” she says, “both to feel that I’m helping out but then also getting to see the fruits of my labor by seeing projects go up.”

Originally from Silicon Valley, California, the University of California graduate has enjoyed a successful real estate practice at Goulston & Storrs for more than a decade. Promoted to a director position last year, she has played a significant role in a wide array of significant realty matters, including the $1.52 billion sale of Landmark Center, the $400 million Washington Village project and the redevelopment of Cambridgeside Galleria into an innovative mixed-use “mini-neighborhood”.

Watts, who studied physics at MIT and went on to get her master’s degree from the University of Cambridge in England, has worked hard to promote affordable housing. She acted as pro bono counsel for Dorchester Bay Economic Development Corporation for more than three years to help with a senior housing project. In another pro bono effort, she helped Nuestra Comunidad Development Corporation convert a former bus yard into the reinvigorated mixed-use Bartlett Place.

Other pro bono efforts and community involvements include her work as general counsel to Zoo New England and her time with the Advisory Council for Horizons for Homeless Children, as well as a two-year term co-chairing the Urban Land Institute’s Boston Women’s Leadership Council.

Watts says she loves being an integral part of a client’s business.

“In all aspects of what I do, the transactional piece is really important because I find the goals … tend to be success for all sides so I like the win-win outcome associated with transactions,” she says. “On partnerships, I really enjoy hopefully helping both sides create a solid groundwork going forward, because the documents that we draft live for many years and you want people to feel great about the outcome.” 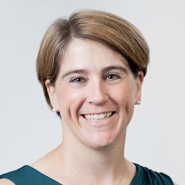