In Mission Product Holdings v. Tempnology LLC, 139 S. Ct. 1652 (2019), the U.S. Supreme Court answered what it means for a debtor to “reject” an executory contract under Section 365 of the Bankruptcy Code. The issue arose in the context of a trademark licensing agreement. The licensor, which had filed for bankruptcy, sought to terminate the licensee’s trademark rights by rejecting the license agreement under Section 365(a). The Supreme Court (Kagan, J.) held that the debtor’s rejection of the license did not terminate the licensee’s trademark rights. More broadly, the Supreme Court held that a rejection under Section 365 of the Bankruptcy Code functions as a breach of contract, but not as the rescission of that contract.

The Supreme Court’s holding thus rejected the view that a breach of contract in the bankruptcy setting means something different from a breach of contract in the common law setting. Section 365(g) of the Bankruptcy Code states that the “rejection of an executory contract” — a contract that neither party has finished performing — “constitutes a breach of such contract.” Under the common law, the non-breaching party has a choice: it may treat the contract as terminated and seek damages — a paltry remedy in bankruptcy where recovery is often cents on the dollar — or it may continue the contract — here, the continued use and enjoyment of trademark rights under the license agreement. In other words, in the world outside of bankruptcy, a party cannot create its own rescission remedy by breaching the contract. If rescission does not occur in the real world, the Supreme Court asked, why should it occur in bankruptcy?

The debtor offered several arguments. It first pointed to other provisions in Section 365 of the Bankruptcy Code that make clear the counterparty’s retention of rights “notwithstanding rejection” and argued that, beyond these specific (and inapplicable) provisions, the ordinary consequence of rejection should be the termination of these rights. The Supreme Court rejected this argument as overlooking the history of these particular provisions, histories that expressed multiple legislative interventions to prevent rescission, not endorse it, thus supporting the general rule that rejection does not mean rescission under Section 365. The debtor then argued that trademark law imposes on a licensor the duty to monitor and exercise quality control over the goods and services sold under a license, an onerous burden anathema to the relief a debtor should find under the Bankruptcy Code. The Supreme Court rejected this argument as an attempt to equate the debtor’s power of rejection with avoidance, “the exceptional cases in which trustees (or debtors) may indeed unwind prebankruptcy transfers that undermine the bankruptcy process.” The Supreme Court noted that the Bankruptcy Code seeks to limit the avoidance power, not unleash it at the discretion of trustees or debtors. The ultimate goal of reorganization is not the tail that wags the Bankruptcy Code.

Rejection is universal. According to the Supreme Court, so are the consequences of breach of contract. A breach in the bankruptcy world does not give the debtor a power or prerogative that a breaching party does not have in the real world. Rejection hurts, wherever it happens. 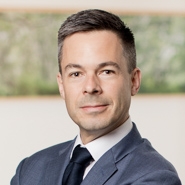