On June 21, 2021, the United States Supreme Court unanimously found that NCAA rules blanketly prohibiting student-athletes from receiving certain types of compensation violate the federal antitrust laws. The Alston decision recognizes that the NCAA’s “amateurism” rules cannot work to benefit everyone except the student-athletes who produce the product in the first place.  Further, the Court left open the question as to how much additional “educational-related benefits” may exist without violating that bedrock NCAA principle of “amateurism.”

In this article, we provide an overview of the Alston case and highlight some of the key issues that colleges and universities—and their athletic departments—need to consider in light of the Court’s decision.

On the eve of March Madness 2014, former West Virginia running back Shawne Alston and former University of California center Justine Hartman, as representatives for a class of former men’s and women’s college football and basketball players, commenced an antitrust action against the NCAA. The Alston plaintiffs alleged that the NCAA’s eligibility rules, which limit the types and amounts of compensation to which student-athletes are entitled, violate Section 1 of the Sherman Antitrust Act.

The Sherman Act prohibits unreasonable restrictions on competition among the states. Courts typically apply a “rule of reason” standard of review to sports cases, which consists of a three-part test to determine if the alleged restraint is unreasonable. The plaintiffs first have the burden of showing that the challenged practice unreasonably restrains competition in a relevant market.  Once the plaintiffs make that showing, the burden shifts to the defendants to show a pro-competitive justification for the practice. The third and final part of the test shifts the burden back to the plaintiffs to show that a less-restrictive alternative (LRA) is available and that the defendants did not employ it.

In applying the three-part “rule of reason” test, the U.S. federal district court in Alston found that the NCAA’s eligibility rules constituted an antitrust violation. The court determined that (i) the class of student-athletes met their burden of showing that the NCAA rules artificially capping their compensation restricted competition in a relevant market—here, the market for “athletic services in men’s and women’s Division I basketball and FBS football”; (ii) that the NCAA articulated an economically relevant defense—that “amateurism” distinguished the NCAA’s product from professional sports leagues, thereby widening consumer choice by providing the option of a unique product; but that (iii) there was an LRA to complete prohibitions on compensation for student-athletes, specifically allowing for education-related benefits such as paid internships, tutors, computers, science equipment, musical instruments, and so forth.

The district court determined that such education-related benefits would not harm the NCAA’s amateur-athlete product, because while the NCAA needs “ample latitude” to run its enterprise, allowing the reasonable adjustments on education-related benefits would not blur the lines between a professional-sports product and an amateur-sports product—“if anything, they emphasize that the recipients are students.” The district court also held, based on the facts presented, that schools could provide student-athletes up to $5,980 per athlete per year in “academic-achievement awards,” which is the same maximum award currently allowed annually for certain athletic achievements.

The Supreme Court affirmed the Ninth Circuit’s decision.  In so doing, the Court reaffirmed the three-part “rule of reason” analysis as applying even to colleges and universities. And, the Supreme Court held that the NCAA and its member institutions had violated the antitrust laws in their blanket prohibitions on student-athlete compensation through education-related benefits.

Justice Kavanaugh, in a concurring opinion, highlighted the uncertainty that remains for the various stakeholders around these issues, however—namely, that “the rest of the NCAA’s compensation rules are not at issue here, and therefore remain on the books.” Justice Kavanaugh noted that the NCAA’s broader rules against pay-for-play likely implicate the same antitrust issues that were discussed in the narrower Alston holding, and that just as the NCAA’s defense in Alston came up short, so too might it be insufficient in defending broader prohibitions on compensation for student-athletes. In short, Alston is likely to have an immediate impact on college sports—but it may be more preview of what’s to come than last word on the issue.

The Alston decision is likely to force college and university athletic departments to change how they deal with revenue and Olympic student-athletes in significant ways:

We address these issues:

To competitively recruit student-athletes, will colleges and universities have to promise not only grant-in-aid packages but also additional, education-related benefits?

Athletic Directors should anticipate the need to develop recruiting packages that include a robust grouping of education-related benefits, in addition to traditional grant-in-aid packages. Based on Alston, the NCAA’s limitation on paying athletes a grant-in-aid package without other educational-related benefits cannot withstand antitrust scrutiny. This necessarily will include developing rules as to what is an educational-related benefit, who is eligible, who will be responsible for paying (the role of boosters v. the college)—and how much.

The benefits listed by the Alston courts—tutors, computers, science equipment, musical instruments—will likely be fair game for inclusion as educational-related benefits. The scope likely will not be so limited.  Colleges could wait for NCAA guidance, but that guidance may not be quickly forthcoming, leaving individual schools and conferences to determine the rules of the road. As with NIL rules, waiting for NCAA guidance may impact a school’s recruiting advantages.

What is the impact of an annual “academic achievement award” on college budgets, who will be eligible, and for how much up to that cap?

ADs will need to consider whether to offer student-athletes up to $5,980 per academic year. The Alston decision does not require these payments by every school or to every student-athlete—it only prohibits the NCAA from restricting athletes from receiving them. ADs also need to be aware that $5,980 may represent the floor, not the ceiling, on permissible payments to student-athletes. The Court’s decision leaves the door open to periodic legal challenges to that $5,980, in that ultimately, prevailing market rates could be deemed the actual limit and necessitate upward adjustments over time.

Conferences and schools remain free to set their own caps on this amount. Discussions will therefore need to take place both with fellow ADs and individual universities: How would these amounts impact Athletic Department budgets? Should they be in addition to or in lieu of now-uncapped education-related benefits? Will the ways in which schools allocate the education-related benefits impact compliance with Title IX?  And will discussions among ADs—either at the conference level or beyond—potentially create antitrust liability for that group?

Notably, schools with smaller athletic budgets may not be in a position to offer either education-related benefits or the cash or cash-equivalent awards. Yet as counsel for the student-athletes argued in Alston, a disparity between big-money programs and schools operating in smaller divisions and conferences (and with correspondingly smaller budgets) already exists. Moreover, even student-athletes at smaller schools may still benefit financially from a landscape that allows for more compensation opportunities, full-stop—whether that is through opportunities made available by the Alston decision or ongoing NIL legislation.

To that end, ADs at schools of all sizes and in all divisions should be aware of the interplay between Alston’s expansion of permissible compensation to student-athletes, and parallel pushes for NIL legislation occurring country-wide. How one influences the other remains to be fully seen, but ADs can anticipate either way the need for development or refinement of financial-planning seminars, and even potentially tax-preparation help, for student-athletes.

If student-athletes are more explicitly receiving payments for playing their sports—i.e., pay-to-play—how likely is it that student-athletes will unionize for collective bargaining purposes under the National Labor Relations Act?

The Northwestern University football team came close several years ago, arguing that they deserved employee status under the law, and the right to bargain collectively with the NCAA. Legally, an “employee,” among other things, must be found to perform services for another, under their control, for compensation. More clear-cut compensation untethered from payments for academics, room, and board could push student-athletes toward firmer “employee status.”  The grant to student-athletes of employee status would have significant economic consequences for colleges and universities, including, but not limited to, the payment of employee benefits, time off and possible unionization. ADs should be prepared for this prospect and spend time proactively considering its implications, rather than reactively responding to that future event.

These are not the only issues implicated by Alston—some may be school-specific, while others may percolate up over the next couple of years as its early impacts are felt. The College Sports Law Practice at Goulston & Storrs encourages Athletic Directors to consider speaking with our attorneys about their schools’ and department’s particular circumstances, and how best to prepare for and implement changes and policies that respect the Alston decision while recognizing each athletic department’s unique needs. 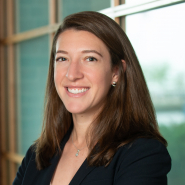