Interactive fantasy sports (“IFS”) is a growing industry.  According to the Fantasy Sports & Games Association, Americans spend over $7 billion annually on IFS.  And IFS’s appeal is not restricted to players – states like IFS for the millions of dollars in annual tax revenues they generate and colleges and universities increasingly are approving IFS for intercollegiate play and tournaments.

When competing in a fantasy sports league, a contestant pays an entry fee to select a fantasy roster of real-life players.  Generally, leagues have a guaranteed pool for winners.  The contestant’s roster is scored based on a combination of statistics for each player on the roster.  Algorithms tally the scores by using calculations too complex for most contestants to do on their own.  As IFS websites like to boast, creating a winning line-up involves many of the same skill-based judgments that a coach, athletic director or general manager would make – evaluating match-ups, game conditions, players’ capabilities, momentum, motivation – all with the constraints of a salary cap and draft to limit player selection.  A contestant can maximize her or his chances of success by following the news and interpreting the thousands of bits of sports info generated each day.

The Fantasy Sports & Gaming Association estimates that over 59 million North Americans play either traditional or daily fantasy sports as of 2018, resulting in the IFS industry as a whole receiving over $7 billion in revenue in 2018.  There are two major websites that run daily fantasy leagues:  DraftKings and FanDuel.

As stadiums worldwide remained empty during COVID-19, much of the betting world turned its attention online to e-sports as an alternative.  Worldwide e-sports gambling revenue is expected to double in 2020 to about $14 billion.  While IFS may most readily bring to mind fantasy football, it is increasingly expanding into the virtual realm of e-sports.  Both DraftKings and FanDuel offer e-sports betting.  Such fantasy e-sports websites typically offer some variant of the “salary cap” model, allowing users to select a roster of e-sports players for their own fantasy team subject to the site’s salary cap.

In addition, as of 2019, there were over 130 college varsity e-sports programs.  The most successful college e-sports programs are at relatively small colleges which are not known for the strength of their varsity sports programs, including Maryville University of St. Louis and Robert Morris University.  As collegiate e-sports programs grow, they will need to grapple with IFS and the rapidly changing regulatory environment.  The ease in which e-sports athletes may be able to bet directly on their own or their team’s performance is unique and has the potential to create greater risk for the e-sports program and its teams.

In May 2018, the United States Supreme Court held that any state can legalize sports betting.  However, in the rush to permit sports betting and IFS, there are a number of pitfalls for states and colleges.

What Are the Issues?

For states, IFS is a source of significant tax revenue.  For example, for half of 2017, New York collected over $2.3 million in tax revenues.  For sports leagues, IFS generates interest in the sport.  It is significant that Major League Baseball and the National Basketball Association have invested in FanDuel and DraftKings.  For the media, IFS generates interest in sports programming as well as providing a source for additional programming.  Thus, it is not surprising that NBC, for example, has invested in IFS companies.  And for colleges and universities, IFS can be a source of revenue, interest in other sports and a means for the college to gain national recognition.

But there are legal risks and issues, mostly at the state level.  Most states ban gambling; some ban gambling in the state constitution; others ban gambling by law; and others ban gambling in both the constitution and state criminal law.  Most colleges discourage, if not prohibit, gambling by its students.  A number of states and colleges question whether IFS is illegal gambling.  Is paying an entry fee to play like wagering?  Is IFS a game of skill or chance?  If it is both, what proportion is skill and what is chance?  How does the proportion fit into the state statutory scheme or into the college’s policy?

A number of states have ruled that IFS is gambling and, therefore, is barred under the state’s criminal laws.  The states so holding include Illinois, Nevada, New York, Texas and Hawaii.  Other states permit IFS under a regulatory scheme that produces significant tax revenues.  They have done so by enacting legislation that exempts IFS from the state’s gambling laws.  These states include Massachusetts, Virginia and Illinois.  Still other states – Idaho, Wisconsin, Utah and Wyoming – deem IFS illegal under their criminal laws.

In 2015, the New York Attorney General filed a lawsuit against DraftKings and FanDuel, seeking to stop them from doing business in New York.  The Attorney General’s basis argument was that DraftKings and FanDuel engaged in gambling, which is illegal under the New York criminal laws and its constitution.  The New York Constitution prohibits lotteries, “pool-selling, book-making, or any other kind of gambling” with a few exceptions like horse-racing or lottery sales exclusively for education.  N.Y.S. Constitution, Art. I, Section 9.  New York Penal Law Section 225 defines gambling as “stak[ing] or risk[ing] something of value upon the outcome of a contest of chance or a future contingent event not under [one’s] control or influence.”  The same law defines a “contest of chance” as “any contest . . . in which the outcome depends in a material degree upon an element of chance, notwithstanding that skill of the contestants may also be a factor[.]”  Not surprisingly, DraftKings and FanDuel responded that the IFS games they sponsored were games of skill, not chance, and therefore outside the scope of the New York ban on gambling.

On December 11, 2015, a New York State Supreme Court justice (trial level) granted the Attorney General’s application for a preliminary injunction.  The court found that IFS games played on FanDuel and DraftKings websites constituted illegal gambling within the meaning of the New York Constitution and Penal Law.  The defendants appealed.

While the appeal was pending, New York State enacted a law to create an IFS exception to the prohibition against gambling.  Chapter 237 of the Laws of 2016 authorizes IFS contests that are registered with the state.  The Legislature also made the following findings:

Based on its findings, the New York Legislature declared that IFS games do not constitute gambling under the state’s penal law.

The New Challenge and Decision

In 2016, a group of individuals who claimed to have gambling addictions, or have relatives who do, challenged Chapter 237 as a violation of the New York State Constitution’s prohibition on gambling.  While former adversaries, the New York Attorney General, FanDuel and DraftKings joined forces and argued the new law was constitutional.

On October 28, 2018, a Justice of the New York Supreme Court (trial level) agreed with the plaintiff and held in relevant part that Chapter 237’s authorization of IFS was unconstitutional in New York.  The defendants appealed.  The court had to confront the following issues: (1) was the Legislature’s findings erroneous that IFS are not games of chance and are not wagers on future contingent events? (2) were those findings properly reviewable by a court? (3) was the change in the state’s penal law to permit IFS an improper end-run around the state’s constitution’s prohibition of gambling?

On February 6, 2020, the Appellate Division, Third Department, decided 4-1, that Chapter 237 was unconstitutional.  Initially, the court held that the Legislature’s conclusions about IFS contests must be construed narrowly so as not to expand an exception to the constitution and that they constitute gambling as defined in the constitution.  Further, the court held that because “skill and chance” are not mutually exclusive; they often coexist,” the issue of whether or not there is skill present in the IFS contests is not determinative.  Instead, the court concluded that “the skill level of an IFS contestant cannot eliminate or outweigh the material role of chance in IFS contests.”  As a result, the court struck the new law as unconstitutional and preserved the section of the law that “[t]he conduct of unregistered [IFS] contests is prohibited.”

The Effect of the Court’s Ruling

Pending review by the New York Court of Appeals, New York prohibits IFS contests but does not criminalize the activity.  As a result, IFS, as offered by DraftKings and FanDuel, would not be subject to penal law prohibition.  In short, they may continue to be offered in New York State.

The problem left is one of uncertainty.  Will IFS sponsors – colleges and universities, media outlets, corporations – continue to offer contests to New Yorkers?  They know that these contests are illegal gambling in New York.  The answer depends on a number of variables including:

These are difficult issues and vary from state to state.  IFS participants and sponsors should check individual state gambling laws in each and every state in which they participate, or have students who participate, to determine the legal effects. 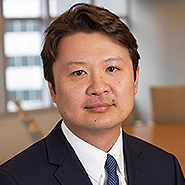