In an acquisition landscape where supply is limited and demand is high, often price becomes the difference. But what if it doesn’t?

Anyone selling a company has some decisions to make when it comes to evaluating a deal. Price typically gets most of the focus. But there are many considerations beyond price that could tip the deal scales.

Goulston & Storrs Partner John Cushing says one of the first things to understand is the buyer pool and their early negotiating tactics and tone. Bidding entities could include private equity as well as strategics, so one point of differentiation is how they're negotiating the LOI and conducting diligence before putting together their bid.

"Maybe you've been in the process and already put together a stock purchase agreement and asked them to mark it up," Cushing says. "How have they marked up that SPA? What are we thinking about for the founder, owner/operators? Are they the type that want to continue with the business? Are you going to be able to work with those folks? What has been the discourse and the relationship during the bid process?"

Stellex Capital Management Principal Irina Krasik says who a seller is negotiating with is also a factor in what, beyond price, could be discussed in a potential deal. An ESOP, founder, private equity, independent sponsor, if the deal is a carve out, all those types of buyers care about different things.

But generally, beyond the purchase price, structure and tax consequences, one consideration for sellers is certainty of closing, the vision for business and the ability of the buyer to execute on that vision, the buyer's reputation and whether or not the seller feels they can work with the buyer.

"That's the main thing," she say. "Every company, every situation is always about being able to work with the people that are across the table from you."

Over the past couple years, aside from price, something that's been important for Artemis Capital Partners Principal Olly Forrer has been positioning as a buyer with the highest certainty to close to sellers and business owners.

"The economic and M&A search has created such a challenging and competitive environment it's really just heightened the focus on that certainty at close," Forrer says. "That requires both sticking to theses you know and industries you know best and deal terms you know that will work. Ultimately price is so important, but it only matters if you can get deal across the finish line."

He says in doing so, buyers are able to provide business owners and sellers with confidence during even initial introductions and discussions that the deal's going to get done. Given that owners have likely been in their respective industries for the majority of their career, the ability to talk with fluency about potential product development plans, sales channel development or even recent supply chain challenges uniquely positions a buyer, but also makes the seller more comfortable.

"Being able to say you've run this playbook many times before, it really provides owners with a much higher level of conviction that you're going to get a deal done, and that certainly of close is so important," he says. "For us it's been it's been such a quintessential factor in getting the deal done and ultimately closing it quickly."

Cushing, Krasik and Forrer, along with HUB International's Marc Mingolelli and Copley Equity's Sean Sullivan, spoke at the Boston Smart Business Dealmakers Conference about what truly differentiates winning buy-side transactions beyond the price. 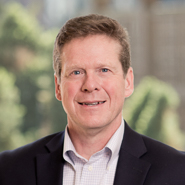