On November 8, 2022, Massachusetts voters elected to adopt Question 1, the so-called Fair Share Amendment or Massachusetts Millionaires Tax, through a ballot referendum. The referendum amends the Massachusetts state constitution to add an additional 4% tax on income over $1,000,000 in any year, effective January 1, 2023. This new tax can have expensive consequences for certain Massachusetts taxpayers.

Question 1 formally amends Article 44 of the Massachusetts constitution, which required tax to be levied at a uniform rate upon income derived from the same class. For example, the tax rate in Massachusetts for wages and for interest, dividends and long terms capital gains is 5% in 2022, while the rate on short term capital gains and long term gains from collectibles is 12%. This effectively set up a flat tax in Massachusetts on each category of income, regardless of the total income that a taxpayer has during the course of the year. This contrasts with the federal system, and the systems in many states, which rely on progressive tax rates that increase as a taxpayer’s own income rises.

The Millionaires Tax changes all of this. Beginning in 2023, “in addition to the taxes on income otherwise authorized under [Article 44], there shall be an additional tax of 4 percent on that portion of annual taxable income in excess of $1,000,000…reported on any return related to those taxes” (emphasis added). The $1,000,000 threshold is indexed for inflation. Wages and most investment income subject to the tax will be taxed at a 9% rate, rather than the current 5% rate.

Question 1 does not limit the situations in which the Massachusetts Millionaires Tax can apply. For example, the additional 4% tax applies to a taxpayer who has more than $1 million of annual income on a regular basis, but also applies to a taxpayer who has a significant one-time income event, such as the sale of a home or business that has appreciated in value. It also could apply to other major income events, such as a Roth IRA conversion or the realization of income from stock options. The text of the amendment seems to give the legislature little discretion to vary the application of the tax, as it states that the additional 4% “shall” apply to taxable income in excess of $1,000,000, but we await further guidance on this point.

Current federal law strengthens the new tax’s bite. The 2017 federal tax reform legislation limits the deduction for state and local taxes to $10,000, which means that the new tax is likely to be paid without the benefit of an offsetting federal deduction. The current $10,000 federal cap on deducting state and local taxes currently is scheduled to sunset after 2025, which would make these taxes more widely deductible again, although Congress may extend the 2017 rules or make them permanent. If the $10,000 cap does sunset, the ability to deduct state and local taxes still may be limited by the alternative minimum tax.

What should taxpayers who may have to pay the new Millionaires Tax do? The tax is brand new and we are yet to see how it is applied in practice.  In the meantime, here are some initial planning ideas that may be of help.

Income Acceleration: The Millionaires Tax does not apply until 2023. To the extent that a taxpayer has the ability to accelerate income into 2022, then he or she should consider doing so. This could include completing the sale of a home or business. It also could include a Roth IRA conversion or cashing out stock options or accelerating receipt of deferred compensation.

Spreading Income Across Multiple Years: The Millionaires Tax has a clear threshold of $1,000,000, adjusted for inflation. Keeping income under that threshold, or limiting the amount over it, will be critical. A logical strategy will involve spreading income over many years to the extent possible.

There can be several ways to do this. Taxpayers can carefully manage their discretionary income, such as by monitoring the timing of the sale of investments at a gain and by harvesting capital losses wherever possible. (Loss harvesting planned for late 2022 also could be delayed to early 2023 when the losses will be more valuable as they will offset taxes at a higher rate.) Taxpayers also can take advantage of the installment method for selling certain types of assets, such as business interests. An installment sale is a disposition of property in which at least one payment is received by the seller after the close of a taxable year. Under the installment method, tax is paid on each installment in the year the installment is received. In other words, the income is spread across multiple years. However, installment sales may result in increased credit risk for the seller.

Spread Income Across Multiple Taxpayers: The new tax appears to apply on a tax return by tax return basis. Accordingly, there can be an advantage to splitting income among multiple taxpayers in the same family. This could be done, for example, by including children in the ownership of family assets, such as a family-owned limited liability company.

Question 1 does not explicitly state how it applies to trusts, and we await guidance on this front. Trusts fall into multiple categories for income tax purposes. A “grantor trust” is treated as being disregarded for income tax purposes and the grantor (usually the person who funded the trust) is responsible for paying all of the taxes on its income. A “non-grantor” trust is a separate taxpayer. It typically pays tax on its capital gains, while other types of income are taxable to the beneficiaries (to the extent distributed) or the trust (to the extent not distributed).

Pending future guidance, there could be an advantage to creating multiple non-grantor trusts for different family members, rather than a single trust for all of them together. Separate trusts, benefitting different people, with different taxpayer identification numbers should each have their own separate runs up the income scale and they may be able to avoid or limit the application of the Millionaires Tax. A single trust that pools assets for multiple beneficiaries may be more likely to pay this tax during high income years. Existing pot trusts benefitting multiple family members could be split into separate trusts through powers granted to the trustee in the trust instrument or through decanting.

Take Advantage of Passthrough Entities: Massachusetts and the IRS currently allow state income taxes incurred through certain passthrough entities – such as partnerships, limited liability companies and S corporations – to be paid at the entity level, which can reduce the owners’ federal income in a way that approximates a deduction for state and local taxes. To be clear, this does not work around the additional 4% Millionaires Tax, but rather uses Massachusetts state taxes paid to reduce federal income without application of the current $10,000 cap.

The Massachusetts Millionaires Tax is new and new details are expected to emerge with time. If you have questions, please contact your attorney at Goulston & Storrs PC. 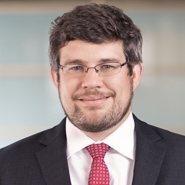