Last month, in St. John’s Holdings, LLC v. Two Electronics, LLC (No. 16 MISC 000090 (RBF)), a Massachusetts Land Court judge held that text messages exchanged between two real estate brokers may be sufficient to constitute the signing of a binding contract for the purchase of a commercial property. The parties in the case, through their respective brokers, exchanged binding (but unsigned) letters of intent via email culminating in the seller’s broker affirming by email that the seller was “ready to do this.” The seller’s broker subsequently sent the buyer’s agent a text message asking that the buyer sign the final letter of intent and submit a deposit check, which the buyer later did. When the seller received a more favorable offer from a third party, the seller refused to sign. In a special motion to dismiss, the seller argued that because the Statute of Frauds required that a contract for the sale of land be signed by the party who was to be bound, the prospective buyer’s claim should be dismissed. The Court refused to dismiss the claim, finding that the text message at issue can constitute a signed writing under the Statute of Frauds sufficient to bind the seller to the agreement.

Despite the seller not physically signing the letter of intent, the Court found that the text messages, taken in context, constituted a signing of the letter of intent, and thereby satisfied the Massachusetts Statute of Frauds (M.G.L. c. 259), which requires agreements to transfer interests in real estate to be in writing and signed by the party against whom they are to be enforced. The Court held that the brokers’ text messages, when read in context with their email exchanges, contained sufficient terms to meet the signed writing requirement of the Statute of Frauds and bind the parties. Relying in part on a 2012 Superior Court decision holding that the standard email signature blocks or “from” lines may constitute electronic signatures, the Court found that the signature requirement was met when the seller’s agent typed his name at the end of a text message asking that the buyer execute the final letter of intent. The Court distinguished “unsigned” text messages − messages without a typed name at the end − as “more informal discussions” to which the parties were not bound. An important contextual element of this matter was that both brokers had been explicitly designated as agents of their respective principals for purposes of negotiating the purchase and sale of this property.

As courts struggle to apply the 17th century Statute of Frauds to the evolving and nuanced new world of electronic communications, simple precautions can be taken to avoid unintentionally forming a contract. For example, principals can require their agents to include the principals on every text message communication relating to the transaction. Unlike email communications where cc and bcc options often serve as visual reminders to agents to include principal parties (for example, to offer comments), text message threads are not so similarly structured, and thus explicit instructions to the agent are more necessary.

In addition, principals can instruct their agents to be explicit when the agent does not intend to be bound by a communication, or when the agent still needs to go over the terms discussed in a particular communication with the principal. A way to accomplish this is to begin every thread with a standard disclaimer stating that messages in the thread are not intended to form a binding contract, unless expressly stated otherwise. More globally, a party can explicitly make any negotiation subject to final review and execution of a complete agreement by the principal. But note that whether such an approach is beneficial can depend on the business context. The principal needs to judge whether, in a given context, it prefers to risk being bound or to risk leaving the other party with the right to walk away.

While the expediency and speed of text message communications are obvious, as the St. John’s case makes clear, a seller might not always have the last chance to review a document before it becomes binding. A new and different level of caution is required when engaging in negotiations through such fast-paced and often seemingly informal electronic communication. 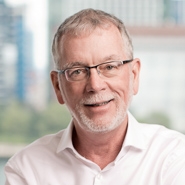 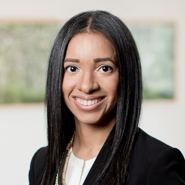