The Economic Loss Doctrine and Its Limits

We may consider it a forgone conclusion that, in Massachusetts, economic losses cannot be recovered in tort actions absent personal injury or property damage. This principle is most often referred to as the “economic loss rule” or “economic loss doctrine” (ELD). At its core, the ELD is a judicially-created doctrine that defends the boundary between contract and tort law by limiting the remedies available in tort actions. While easy to define in concept, the doctrine is more difficult to delimit in practice. This is because the ELD often produces illogical or undesirable outcomes that courts look to avoid.

To understand the ELD, we need to understand the context in which it emerged. During the early 20th century, courts struggled to address the increase in litigation initiated by persons injured by defective products. At the time, individuals injured by such products could bring suits under both negligence and warranty theories. Yet there were also significant barriers to recovering under either theory, such as disclaimers and privity requirements. Strict liability emerged to provide a viable remedy by eliminating many of the defenses historically available in response to negligence and warranty claims. But the potency of this new remedy introduced its own problem: the ease of recovery. To nudge the pendulum back in the other direction, the ELD was created and widely adopted to limit the recovery available to consumers.

Bay State-Spray & Provincetown S.S. Inc. v. Caterpillar Tractor Co. was among the earliest formal endorsements of the ELD in Massachusetts, in which the Supreme Judicial Court (SJC) held that the recovery of economic loss on a tort-based strict liability theory was not available on breach of implied warranty claims. 404 Mass. 103 (1989). Bay State-Spray & Provincetown S.S. followed on the heels of the 1986 United States Supreme Court maritime decision in East River S.S. Corp. v. Transamerica Delaval Inc., where the court held that “a manufacturer in a commercial relationship has no duty under either a negligence or strict products-liability theory to prevent a product from injuring itself.” 476 U.S. 858 (1986). The court’s decision in East River S.S. Corp. would hint at later exceptions to the ELD by explaining that the distinction between contract and tort recovery is not arbitrary, but rather rests on honoring each party’s reasonable expectations. As the court explained, contract law is best suited to manage commercial controversies “because the parties may set the terms of their own agreements. The manufacturer can restrict its liability, within limits, by disclaiming warranties or limiting remedies. In exchange, the purchaser pays less for the product.” The court acknowledged, however, the need for redress in cases of unanticipated or unbargained for risk insofar as the “cost of an injury and the loss of time or health may be an overwhelming misfortune, and one the person is not prepared to meet.” While contract set the parties’ commercial expectations, tort law was not entirely excluded from protecting consumers from harm.

Economic loss is classically defined to include “damages for inadequate value, costs of repair and replacement of the defective product or consequent loss of profits without any claim of personal injury or damage to other property.” Berish v. Bornstein, 437 Mass. 252 (2002). Importantly, therefore, the doctrine does not prevent plaintiffs from recovering economic losses resulting from damaged property or injury. It prevents the recovery of economic loss resulting from the product defect itself (i.e., from the product “injuring itself”).

The ELD has grown from these narrow roots into a broadly applicable rule that limits tort recovery on contract-based claims. But to prevent the rule from producing unfair or illogical results, the courts have carved out notable exceptions. One exception covers negligent misrepresentation claims. These claims often involve foreseeable and detrimental reliance on a professional service rendered pursuant to a contract. A related exception covers claims based on defective professional services. As the SJC has explained, “[w]here a contractual relationship creates a duty of care to third parties, the duty rests in tort, not contract, and therefore a breach is committed only by the negligent performance of that duty, not by a mere contractual breach.” LeBlanc v. Logan Hilton Joint Venture, 463 Mass. 316 (2012). Thus, in some instances, tort will supplant contract in providing the governing duty and remedy.

Similarly, Massachusetts courts have not applied the ELD to claims based on the negligence of a fiduciary, such as claims for legal malpractice. This general exception is rooted into the notion that the ELD presumes that parties were in a position to bargain freely concerning the allocation of risk. Fiduciaries, like lawyers and their clients, do not deal with their principals at arm’s length. Thus, fiduciaries owe a duty to avoid causing economic injury that in Massachusetts survives the ELD.

Finally, the SJC’s decision in Wyman v. Ayer Properties LLC suggests that courts will consider the purpose of the ELD and the consequences of its application in deciding whether to enforce it. 463 Mass. 316 (2014). The factual setting of Wyman is narrow. But its holding is potentially broader. In holding that the ELD did not prohibit the condominium trustees from recovering for this damage, the SJC stated:

An examination of the purpose of the economic loss rule guides our decision. The rule was developed in part to prevent the progression of tort concepts from undermining contract expectations. Id. at 70.

The SJC went on to quote the Appeals Court’s conclusion that “[t]he fundamental purpose of the rule is to confine the indeterminacy of damages, not to nullify a right and remedy for a demonstrated wrong and its harm.” Id. at 71. As the court explained, “The rationale for applying the rule is made even weaker where the trustees seek damages that are finite and foreseeable. The rule is intended to preclude recovery for intangible and unknown damages for lost contract or economic opportunity.” Id.

The logic of the Wyman holding suggests that courts will consider the practical implications of applying the ELD in connection with its stated purpose. The SJC declined to apply the rule in a circumstance where doing so arbitrarily precluded the recovery of finite and foreseeable damages. Yet it also did not formally limit the ELD. Practitioners would be well advised to consider both the purpose and impact of the ELD in arguing for or against its application. Wyman provides a view of the factors and considerations that courts may find persuasive in these arguments. So while the ELD may be alive and well in Massachusetts, it has its limits, and practitioners should know what they are. 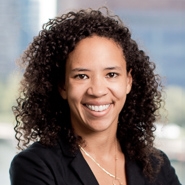