The analysis of data from the most recent six ABA studies illustrates the extent to which the four ADR-related negotiating concepts described above—whether ADR provisions are included; the form of ADR agreed to; whether a specific arbitrator is identified; and how arbitration expenses are allocated—are covered in private company M&A purchase agreements. 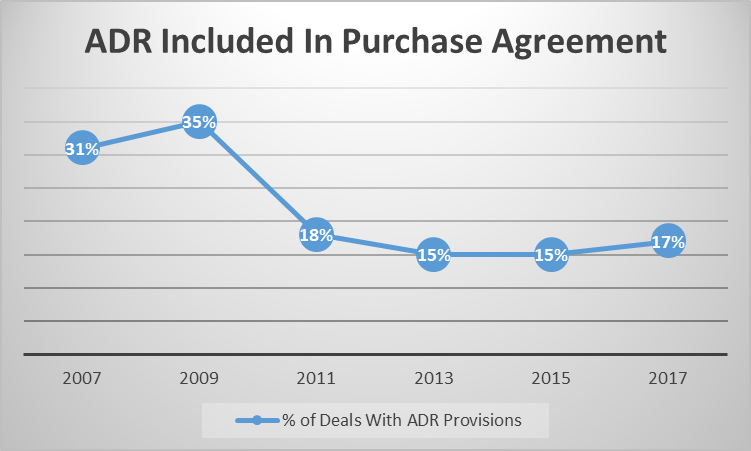 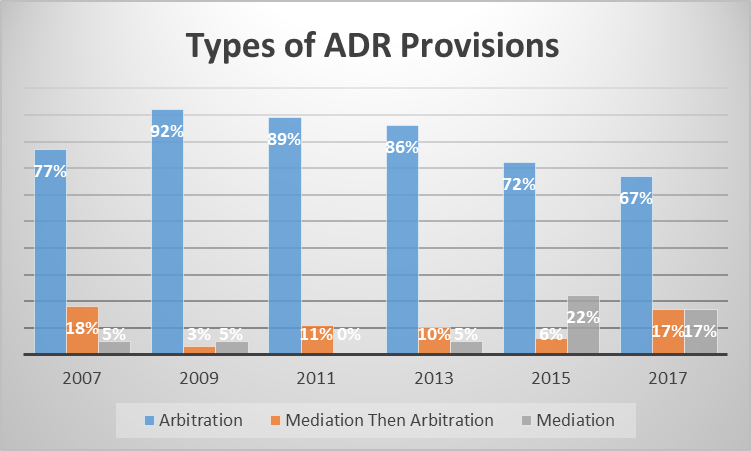 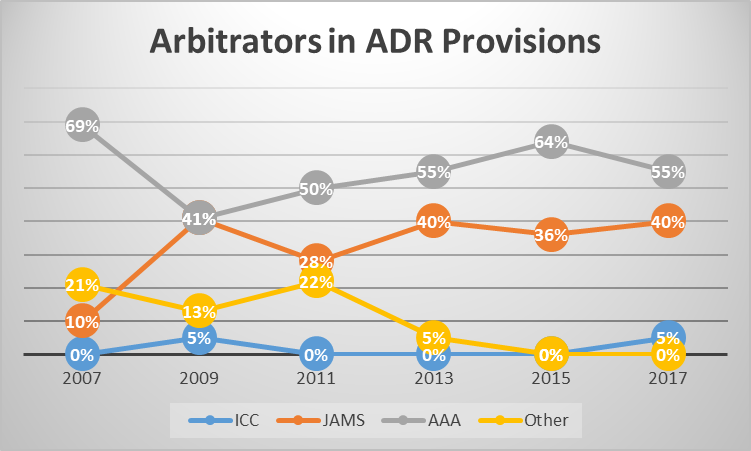 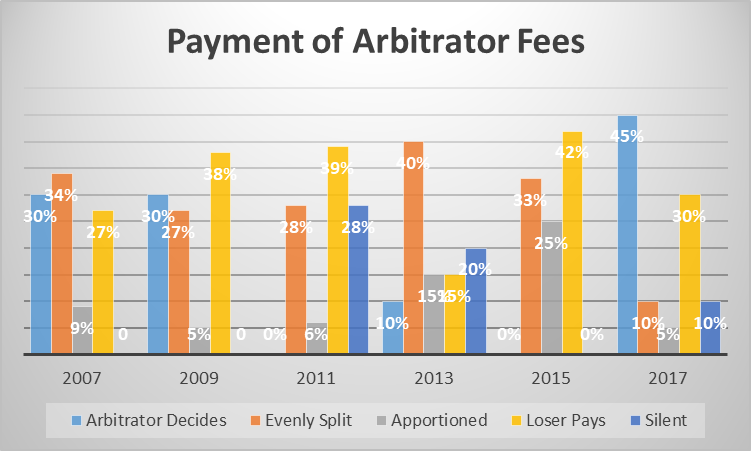 Overall, ADR provisions are becoming less prevalent in private company M&A transactions. As reflected in the ABA studies, their use has declined over the past several years from a high of 35% in the 2009 ABA study (reporting on transactions in 2008) to a low of 15% in the 2013 and 2015 ABA studies (reporting on transactions in 2012 and 2014 respectively). Of those purchase agreements with an ADR requirement, binding arbitration is still the method of choice (included in 67% of the ADR provisions in the 2017 study). However, the degree of preference has been slowly declining since 2009 when the use of binding arbitration peaked at 92%. When an ADR provision names a specific arbitration body, the AAA is the most frequently named (55% of reviewed transactions from the 2017 study that included an ADR provision). Finally, the allocation of arbitration expenses continues to fluctuate over time —whether evenly split, paid by the loser, or allocated amongst the parties.

[i] Daniel Avery is a Director, and Lauren Wilson an associate, in the Business Law Group at Goulston & Storrs, in Boston, Massachusetts. Mr. Avery is a member of the ABA’s working group which published the 2017 ABA private company M&A deal points study. This article is based on, and updates, the article of the same name co-authored by Mr. Avery and John Mariano published in Bloomberg Mergers & Acquisitions Law Report, 18 MALR 1470 10/05/15. This article is one of a series of over 20 articles co-authored by Mr. Avery looking at trends in private company M&A deal points. The series is currently being updated to reflect the 2017 ABA private company study and will be published throughout 2018. The articles can be found on Goulston & Storrs’ “What’s Market” web page at https://www.goulstonstorrs.com/whats-market/ and on Bloomberg Law at https://www.bloomberglaw.com/page/infocus_dealpoints.