Standard of Conduct for Directors

Maryland has a statutory standard of conduct requiring directors to perform their duties in good faith, in a manner they reasonably believe to be in the best interest of the corporation and with the care that an ordinarily prudent person in a like position would use in similar circumstances. Acts of directors are presumed to satisfy this three-part test (i.e., a plaintiff must present evidence to overcome this presumption), and a director who performs his duties in accordance with this standard is immune from liability resulting from his status as a director. While Delaware also offers certain protections to directors and has robust case law regarding the fiduciary duty standards to which directors are subject, Delaware does not have a statutory standard.

In addition, acts of directors of Maryland corporations relating to acquisitions or potential acquisitions of control of such corporations are not subject to higher duties or greater scrutiny than any other acts of such directors. This stands in stark contrast to established Delaware case law that includes greater scrutiny and higher duties under certain circumstances (e.g., Revlon duties).

The Maryland Code also includes explicit statutes to the effect that directors are not required to accept, recommend, or respond on behalf of the corporation to any acquisition proposal by an acquiring person or to authorize the corporation to redeem rights under a poison pill, whereas actions of Delaware directors in similar circumstances are subject to fiduciary duty analyses.

Maryland permits the charter of a corporation to include any provision expanding or limiting the liability of its directors (and officers) to the corporation or to its stockholders for money damages, except (a) if, and to the extent that, (i) the director received an improper benefit or profit or (ii) a judgment adverse to the director is entered in a proceeding based on a finding that the person’s action, or failure to act, was the result of active and deliberate dishonesty and was material to the cause of action adjudicated in the proceeding or (b) in the case of directors of certain banking institutions. Delaware’s statute that limits director liability includes more expansive exceptions (e.g., breach of the duty of loyalty and actions not in good faith) and is, therefore, less protective of directors.

Subject to certain exceptions, a director of a Maryland corporation may be indemnified for judgments, penalties, fines, settlements and reasonable expenses relating to proceedings to which the director is a party by reason of his service as a director, unless (a) the act or omission of the director was material to the matter giving rise to the proceeding and was either (i) committed in bad faith or (ii) the result of active and deliberate dishonesty, (b) the director received an improper personal benefit or (c) in the case of a criminal proceeding, the director had reasonable cause to believe that the act or omission was unlawful. Delaware permits a corporation to indemnify a director only if the director acted in good faith and in a manner he reasonably believed to be in or not opposed to the best interests of the corporation and, in the case of a criminal proceeding, had no reason to believe his conduct was unlawful. Thus: (x) for example, unlike a Delaware director, if a Maryland director commits an act in bad faith but the act was immaterial to the matter giving rise to the proceeding (and the act was not unlawful and did not result in an improper personal benefit to the director); and (y) while indemnification in Delaware requires a determination that the director has met the applicable standard of conduct, indemnification in Maryland may be satisfied initially by a more simple determination that it has not yet been proven that the director’s conduct falls within the aforementioned indemnification exceptions. 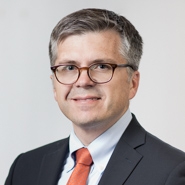 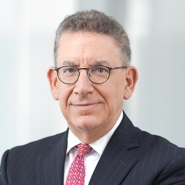