The End of Management Fee Waivers?

Funds frequently swap their annual management fees for a share of future fund profits in an effort to both defer tax and drop the rate to capital gains rates. The IRS is not impressed and says that such a waiver needs to have a whole lot of “entrepreneurial risk”, effectively requiring the manager to be at risk for a clawback in the same manner as the general carried interest. When the IRS finalizes these rules in about a year, this could also greatly limit the use of partnership profits interest planning in other non-fund contexts. This development is likely to be of interest to private equity and other investment funds.

One Less Section 83(b) Form to File

When a non-vested partnership profits interest is issued, it is generally advisable for the service provider to file a Section 83(b) election within 30 days to deem vesting to occur and avoid phantom income on the later true vesting date. Service providers often forget to re-file a copy of this election with their annual tax return and the IRS has finally said “don’t bother – we [think] we can find it ourselves.” Not trusting the IRS’s filing system, it’s best to keep a copy with your personal tax records just in case. A Section 83(b) election can be a very important filing in a variety of contexts, including where companies are issuing equity to management or other employees with vesting schedules and/or repurchase options upon employment termination

After years of complicated IRS programs for taxpayers to fess up to not reporting foreign bank accounts, the IRS has introduced a new simplified program for people who just forgot to fill out the FBAR form but actually paid the tax – Just File It. See the Tax Blog for details.

It is a very common request of sellers in corporate acquisitions that their indemnification obligations be measured on an “after tax” basis, meaning that the damages which a buyer can recover for breach of the acquisition documents by the seller should be reduced by the amount of any tax benefits received by the buyer in connection with the underlying facts. Buyers often resist this, citing the difficulty of assessing one set of facts on its overall tax position, and the confidentiality of its tax records. Our tax colleagues have been pointing out for years that the debate is largely irrelevant since it is highly unlikely that a buyer would in fact realize any tax benefit from a situation for which it then had an indemnity claim against the seller. Steve Schneider and Elizabeth Norman, with help from John Grumbacher and Dan Avery, recently published an article with Bloomberg M&A Law Reports pointing this out to the M&A community. A copy of the article is on the firm’s “What’s Market?” webpage. 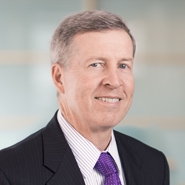