The 22-story Edward J. Sullivan Courthouse in East Cambridge was constructed over several years and finished in 1974. At the time it was built, the Courthouse exceeded the then applicable Floor Area Ratio of the Cambridge Zoning Ordinance. However, the Courthouse was immune from that provision and all other local zoning laws because, under the principle of sovereign immunity, structures built and used for governmental purposes are immune from local zoning regulations. The immunity continues for as long as the building is used for a governmental purpose.

In January 2013, the Commonwealth reached an agreement to sell the Courthouse to a private developer, LMP GP Holdings, LLC. The Cambridge Planning Board then granted special permits with conditions to the developer to convert the Courthouse into a 20-story mixed-use building to be occupied by office, retail, and multifamily uses. One of the special permits authorized the alteration of the Courthouse as a pre-existing nonconforming structure under the local zoning by-law’s version of M.G.L. c. 40A, § 6.  A group of plaintiffs challenged the issuance of the special permits, arguing, among other things, that the Courthouse did not qualify as a pre-existing nonconforming structure upon its decommissioning and sale by the Commonwealth and therefore the proposed alterations required a variance rather than a M.G.L. c.40A, Section 6 “special permit.”

The Court held that the Courthouse has the status of a pre-existing nonconforming structure when sovereign immunity ends, i.e. when the government completes the sale to the developer. Accordingly, the proposed alterations of the Courthouse were properly allowed pursuant to the M.G.L. c. 40A, Section 6 process—a special permit process under the Cambridge Ordinance—and the alterations would not require a variance as they did not propose to increase any non-conformity, but, in fact, would diminish the building’s FAR and height non-conformities.

In its ruling, the Court found instructive and relied on the reasoning of its prior decision in Durkin v. Board of Appeals of Falmouth, 21 Mass. App. Ct. 450, 452-53 (1986).  The Court  also reasoned that like a structure built prior to zoning that does not comply with later-enacted and effective zoning—the classic example of a non-conforming structure that is entitled to the grandfathering protections of M.G.L. c. 40A, Section 6—the Courthouse was built as if local zoning was not in effect. It was, nevertheless, built lawfully and it has existed, lawfully, ever since due to the principle of sovereign immunity. Accordingly, because the requirements of the Ordinance did not apply to it when built, the Ordinance only becomes “effective” when the building comes out of government use. But since, at that time, the building lawfully exists as it is, it has the status of a pre-existing non-conforming structure and is therefore entitled to the protections offered by Section 6 and the cognate provisions of local zoning laws.

Developers considering purchasing property from the government can take heart in knowing that a structure that as it exists would violate local zoning laws may be protected as a pre-existing nonconforming structure, and that in order to alter such structures (assuming no new non-conformity is created nor prior non-conformity increased by the proposed development) a developer will not have to seek a variance and satisfy the much more demanding standards required to obtain one. Instead, the developer will need only to obtain a special permit-like finding pursuant to M.G.L. c. 40A, Section 6--an easier standard to satisfy and one which is far less vulnerable to an appeal.

[1] The developer was represented by Kevin O’Flaherty and Mariana Korsunsky of Goulston & Storrs PC. 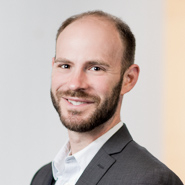