Coalition Loyalty Programs Spread to Retail Shopping In the U.S.

Seven major brands, including Macy’s, Rite Aid and ExxonMobil, recently joined forces to launch “Plenti,” a loyalty program that encompasses an entire team of retailers. American Express, which operates the program, previously established successful coalition loyalty programs in Poland, Germany, India, Mexico and Italy, and similar programs have been in place in Canada, the European Union and Australia for many years, but Plenti is the first of its kind in the United States.  To ensure that the member retailers remain competitive in their respective markets, each Plenti participant will be the sole company of its kind within the program, but there are already plans to add a national restaurant chain, a grocer and a do-it-yourself retailer to the group. Creating a coalition of brands allows a customer to use points accumulated during their weekly trip to the grocery store to splurge on discretionary purchases, such as buying that expensive pair of jeans they wanted from the department store.  However, Plenti is entering a market in which loyalty programs currently lag far behind the expectations of customers.

U.S. consumers hold 3.3 billion memberships in customer loyalty programs. Each household is a member of an average of 29 loyalty programs spread among the retail, financial services, travel and various other economic sectors, but the average household is active in just 12 of those 29 programs. Since the introduction of paper punch cards that enticed first-time customers with an instant reward of several pre-loaded punches, the focus of retailers' loyalty programs always has been capturing those customers who are less likely to engage in repeat business. Retailers are learning that in order to keep customers actively involved in their loyalty programs, they will need to expand beyond the standard model of accumulating points for monetary rewards.  For example, customers who are members of Walgreens’ “Live Well” program can receive points for exercising, for stepping on their scale, or even for making lifestyle changes such as quitting smoking. Capriotti’s, a sandwich chain, is testing a loyalty program that would sporadically surprise customers with a free dessert or drink or other rewards during future visits. In addition, certain programs now provide incentives that appeal to a customer’s social or emotional goals, with rewards such as activities on social media and charitable donations. Retailers hope that by establishing a social or emotional connection with customers, they will create a sense of community and loyalty to the brand.

In addition to personalization, the demands of millennials for advanced technology have forced retailers to acknowledge that loyalty cards likely will be replaced with mobile device apps that perform multiple functions in addition to rewards redemption, from mobile coupons to product information scans. However, retailers for the most part have not embraced the full range of mobile app functionality.  Although 79% of loyalty programs target shoppers through mobile device apps, less than 25% allow them to redeem rewards through the same technology. The technology necessary to tether social media activities to retailers’ accounts clearly exists because Walgreens’ customers must connect their fitness bands or smart scales to their Walgreens account to obtain points for exercising or weight loss.  Regardless, this technology remains vastly underused by most retailers.  One recent study determined that only 11% of loyalty programs personalize offers based on a customer’s location, information which could easily be determined through social media activity.

Retailers that have created mobile apps to meet millennials’ initial demands for technology may gain an even greater advantage by tying their apps to a mobile wallet provider.  Kohl’s loyalty program features a wallet built into its mobile app that allows members to open rewards certificates for scanning and redemption in the store, and Kohl’s considers the program to be a significant competitive advantage based on the number of returning customers. For most retailers this type of technology remains largely inaccessible since third party mobile wallet providers thus far have not had much success assimilating store loyalty programs. However, technology companies are interested in mobile rewards programs because of the potential for an incremental revenue stream, so it seems likely that the technology will continue to advance.  Customers have indicated a strong preference for having access to loyalty programs within a mobile wallet. Thus, retailers would be wise to incorporate both loyalty programs and mobile wallet technology into their mobile apps.  In addition, with industry leaders like Starbucks expressing interest in partnering with other retailers to integrate mobile payments and loyalty programs, the current rudimentary mobile wallet technology seems primed for adaptation and incorporation into coalition loyalty programs.

Given the success of coalition loyalty programs in similar markets, U.S. retailers would be well-advised to research coalitions that will be most beneficial to them.  Consumers will no doubt seek programs with retailers with whom they do repeat business and those with whom they can get the most bang for their buck in redemptions. 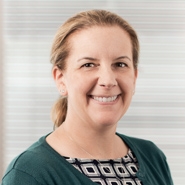