For years, the signature requirement for completing a credit card transaction has felt something like an obsolete means of confirming a user’s identity. Effective this month, however, four of the country’s largest credit card providers: American Express, Discover, Mastercard and Visa, will no longer require a signature to complete a purchase via credit card. The change is considered optional, leaving much discretion in the hands of retailers as to whether or not to require a signature. As a result, consumers may see inconsistent approaches in the marketplace.

Credit card companies, which generally cover the cost of fraudulent credit card transactions, were prompted to remove the signature requirement primarily by an enhancement of security that came with the chip-and-PIN card technology. In 2014, consumers saw the transition retailers made from accepting magnetic credit card strips to requiring updated chip-and-PIN technology for all credit card transactions, primarily as a result of a shift in fraud liability to merchants who did not adopt the new technology. Most consumers initially experienced this in the awkward form of swiping, then inserting the chip, then removing it too soon, all while holding up the line at the local coffee shop. Yet, the intent behind the change was a bit more sophisticated: such “chip cards” produce an encrypted mathematical code that is unique to each transaction, which makes counterfeiting stolen data much more difficult for would-be fraudsters.  While both retailers and consumers experienced some growing pains during the transition, chip cards now seem to be the near universal method of credit payment.

Dropping the signature requirement can be expected to have unintended consequences on particular retailers, namely in the hospitality and service industries. Typically, when paying at a restaurant, for example, the opportunity to add a tip to the check occurs when the credit card and check are returned to the customer for signature. By removing the signature requirement, we can anticipate that some patrons may unintentionally neglect to complete that step. Similar consequences can be expected for employees of industries that rely heavily on tips, such as bars, cosmetic salons and hotels.

Thus, these industries should use great care in choosing to implement the signature-free payment method, particularly when considering the effects it may have on the income of employees. One solution may be an enhanced reliance on the consumer interface: offering, for example, a tip input feature prior to the swiping of the credit card, as is already the practice in many taxi cabs. Alternatively, we may see these industries choosing to retain the signature requirement so as not to lose significant income for their employees.

These changes conform to a growing movement toward more secure methods of payment, a trend in which the United States seems to be a step behind many other developed countries. The EU had already been mandating the chip cards for years before the United States followed suit, and countries like China have been trending toward exclusive mobile payment methods like WeChat Pay and Alipay. Finally, with an increasingly present use of biometric data as a means of both collecting information and providing security, a Jetsons-like era of fingerprint and facial scanning to confirm identities of credit card users may not be such a fictional idea after all. As the nature of payments continues to evolve, retailers should be mindful not only of the unintended consequences their employees may face, but also a continued, and seemingly never-ending, need for enhanced data security. 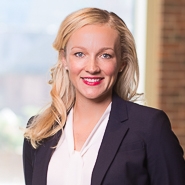