From the Suburbs to the City: How Grocery Retailers are Filling the Urban Grocery Gap

As residential high-rises pop up all over the city of Boston, big-name grocery retailers are sprouting nearby to meet the increased demand.  The most recent example is the opening of a Roche Bros. supermarket in Downtown Crossing in late April of this year.  Occupying part of the old Filene’s Basement, Roche Bros. stands to benefit from the hundreds of new residents that Millennium Place has attracted, and the Millennium Tower will soon attract, to Downtown Boston.  Earlier this year, Whole Foods Market opened yet another location at the former Boston Herald site in the South End.  More supermarkets seem to be on the way, including a Star Market near North Station and a Wegmans Food Markets in Fenway.

With more people choosing to live in the city, it is no surprise that grocery retailers have spotted the market opportunity.  Worth noting, however, are the ways in which these retailers have adapted their traditional suburban supermarkets to fit city living.  Grocery retailers face a variety of challenges, and opportunities, when operating in the city.  These include higher development and operating costs, constraints on physical space that affect parking and store layouts, and a consumer base that is more on-the-go, desirous of fresher foods, and dependent on public transportation.

Below are some of the ways grocery retailers have responded to these unique challenges and opportunities:

As Boston continues to experience growth in jobs and population, the development of new grocery stores will likely follow suit, providing fresher, healthier and more affordable food options to those living and working in the city and its neighborhoods. 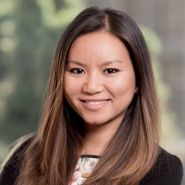