Oh the Sidewalks Outside Are Frightful, But Landlords Will Make Them Delightful… or Will They?

Although we haven’t seen much snow accumulation in the northeast to date, we know that this can (and likely will) change before the warmer weather returns. Before the snow really begins to fall, it would behoove both landlords and tenants to become informed about their snow clearing responsibilities and to ensure removal plans are in place that are compliant with laws and lease documents.

The City of Boston (City) and other major cities such as Chicago and New York require property owners to bear the responsibility of removing snow and ice from sidewalks abutting their properties. Although each local ordinance differs with respect to the nature of the accumulation and time of day that the snow must be removed, all ordinances impose fines for non-compliance. Currently, the fine for failure to comply with the City’s snow removal ordinance ranges from $50-$200.  A Bill was proposed in March, 2015 which would give the City the authority to increase these fines, but due to the widespread impact and the potentially steep increase in the fines, the Bill initially met some opposition. However, it seems that concerns for pedestrian and vehicular safety tipped the scales, and on December 30, 2016, Massachusetts’ Governor Charlie Baker signed the new Bill into law giving the City the authority to increase the fines. This new law enables the City to impose fines up to $1,500.00 on owners of commercial properties and buildings containing more than six residential units who fail to remove snow or ice from sidewalks as required or if the snow is placed in the public way. The Mayor and the Boston City Council are now responsible for determining the new fines.

In addition to the obligations imposed by the City, property owners also have common law duties in connection with snow removal. In a previous article, we discussed the Massachusetts Supreme Judicial Court (SJC) case Papadopoulos v Target Corp, 457 Mass, 368 (2010) which established a new standard of measuring liability for tort actions involving snow removal. In particular, property owners are now required to act as a “reasonable person under all the circumstances”. Accordingly, it is of particular importance that landlords allocate snow and ice responsibilities in lease documents.

In a typical retail lease, landlords are responsible for the maintenance of common areas, including the removal of snow and ice. However, it is not uncommon for a retail lease to include a provision that obligates the tenant to remove snow and ice from its entryway and the sidewalks abutting its space. While tenants are reluctant to obligate themselves to perform this duty, particularly when they are paying common area maintenance costs, it may be in the best interest of both parties for tenants to be responsible for snow removal from certain areas close to the premises. Even when a landlord actively works at the property to remove the snow, significant accumulations often make it difficult for a landlord’s crew to keep up with clearing all parking areas and sidewalks to satisfy the City’s ordinance and the common law. On the other hand, tenants are uniquely situated to ensure that the snow is cleared in an expeditious manner that permits its customers to safely access their business. Regardless of how the duties are assigned in your lease, keep in mind the long term implications on your snowy day fund if you fail to follow the requirements of the City’s ordinance or the lease and pay careful attention to compliance. 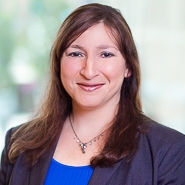