When it comes to trademark registration, there is such a thing as being too popular. Marks such as Aspirin, Fiberglass, Zipper and Flip Phone became so ubiquitous that they were found to be generic—a commonly used name or description of a kind of product. When a trademark becomes so widely used to identify the product itself, the mark is considered to be generic and owners can be stripped of their trademark rights. This is a fate the Google and Uggs® marks nearly faced recently. This phenomenon is known as “genericide” and it has significant consequences. Once a mark becomes generic, mark owners lose their trademark rights, and competitors may attach the powerful mark to their own products, thereby exploiting the time and money the mark owner invested in generating good will from its consumer base. Brand owners may protect against genericide in several ways.

First, brand owners may distinguish between their marks and the generic name for the products to which they are attached in advertising campaigns and materials. For example, to avoid the threat of genericide, Johnson & Johnson developed an advertising campaign to specifically indicate that Band-Aid® is a brand of bandage, rather than the name of the product. Its jingle is “I am stuck on Band-Aid brand ‘cause Band-Aids stick on me.” The product packaging makes this clear as well, including the label “BAND-AID BRAND ADHESIVE BANDAGES.”

Second, brand owners may strengthen their marks by dropping generic terms included within them. For example, Dunkin’ Donuts recently announced that it is officially dropping the word “Donuts” from its name beginning in 2019. While the company explained the change as part of a “major rebrand,” it is worth noting that the alternative spelling of “doughnut” used by the company (“donut”) has become common, appearing in more recent editions of dictionaries as an alternate spelling of doughnut and over 1245 trademark filings at the U.S. Patent and Trademark Office. By dropping the legally weaker element from its brand, Dunkin’ may very well be strengthening its overall brand, emphasizing the “Dunkin’” portion that harkens to its advertising campaign over the last several years, “America Runs on Dunkin.’” Retailers considering rebranding should consider focusing such strategy on the stronger portion of the brand, while moving away from descriptive or generic terms.

Third, brand owners may also protect their marks from genericide by explicitly trying to restrict the ways in which they may be used. Xerox®, for example, sent a message to its customers not to use the term “Xeroxing” to describe the act of making a photocopy by putting out an advertising campaign “You can’t Xerox a Xerox on a Xerox. But we don’t mind at all if you copy a copy on a Xerox copier.” Velcro® took a similarly blunt approach with its campaign “Don’t Say Velcro,” sparking backlash from consumers.

Recently, courts have discussed some limitations to the risk of genericide. In 2017, Google defended against a lawsuit seeking to cancel its trademark registration on the basis that consumers use the term “google” as a verb to describe the act of searching the internet. The Ninth Circuit upheld the district court’s decision that a claim of genericide must relate to a particular type of good or service and that verb use alone does not automatically constitute generic use. Google was thus able to escape a finding of genericide.

Similarly, Deckers Outdoor Corporation, the owner of the Ugg® brand, recently faced a lawsuit seeking to cancel its registration on the basis that the word “ugg” is known among the surf community as a type of boot, rather than the name of a brand. The Federal District Court for the District of Illinois instead found that the relevant purchasing community was American footwear consumers generally, and that the mark was not generic among that class of people.

While Google and Ugg® recently survived challenges to their brands, the fact that they had to defend their marks and were even at risk of losing their brands is a valuable reminder that all brand owners—particularly owners of ubiquitous marks—must be vigilant and consistent about protecting and enforcing their trademark rights. If your mark may be at risk of genericide, consult legal counsel to determine how best to protect your mark. 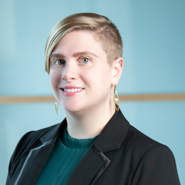