by Kevin Gaughan and Daniel E. Rottenberg on August 16, 2017
Share This:

Hybrids of many sorts have been trending in countless industries throughout the years and show no sign of fading away anytime soon.  Toyota announced that it sold its 10 millionth hybrid car this year, twenty years after launching its first Prius. Prior to this year’s NBA Final, the New York Times described four time NBA MVP and three time league champion LeBron James, arguably the league’s best player, as “a hybrid of Magic [Johnson] and Michael [Jordan], with some Karl Malone, too.” The hybrid trend has also been a mainstay in the culinary field for years ranging from the delicious (Cronuts) to the exotic (Sushi Donuts) to the indescribable (Burger King’s Mac and Cheetos—a fried Cheeto filled with macaroni and cheese). Recently, in following with other hybrid trends, retailers and office tenants have begun combining their space needs into a hybrid retail/office storefront.

For years, coffee shops have been the de facto offices of college students, struggling writers, and professionals desperate to find reliable Wi-Fi connections, but Capital One has gone ahead and officially made the coffee shop its office. Peet’s Coffee and Capital One have combined your neighborhood java distributor and local bank branch office into Capital One Cafes. These cafes are staffed with both “digital lifestyle coaches” assisting customers with online banking needs and baristas serving up your morning cup of joe. Despite the fact that the banking industry has seen a steady decline in the number of bank branches (reports show the number of bank branches in the U.S. declining from 99,500 in 2009 to 92,997 in 2015), Capital One Cafes are expanding and offering customers a convenient alternative to traditional banking. Capital One Cafes are located in Boston, Chicago, Denver, Boulder, Los Angeles, Philadelphia, Richmond, West Palm Beach, San Francisco and St. Cloud, MN with plans to open cafes in Seattle, South Florida and Austin.

Although many of us may think that Capital One Cafes are offering a limitless supply of the most important office supply—coffee, Staples and Workbar are collaborating to make sure that some businesses are never in danger of being out of any office supplies. The space within a space idea provides Workbar with co-working space inside of three Staples retail locations in Massachusetts: Brighton, Norwood, and Danvers. The Workbar spaces offer some of the newer amenities that you might see in a tech start-up space, such as smart boards, interactive screens, and a putting green. These amenities are all bundled in a collaborative environment encouraging consultations with co-workers and collaborations with other businesses operating in the same space. Plus, there is the obvious upside of being a few feet away from those ever elusive printer cartridges and that special type of pen that you like, but can never find.

Mixed-use developments that include office, retail, and residential space are not a new innovation, but the integration of office space with inline retail space in lifestyle and strip centers is further blurring the lines between office and retail. Whereas dentist and other medical offices have traditionally been part of the lifestyle and strip center tenant mix, such office uses are expanding to include urgent care facilities and new types of office tenants, which are helping to reinvigorate once quiet retail centers. For example, the Westfield San Francisco Center is a nine-story mall featuring over 150 shops and restaurants. The fourth floor of the Center is now occupied by Bespoke, a company that offers a trifecta of co-working, demo and event spaces where tech and retail market places converge. Bespoke is estimated to have attracted 100,000 additional customers to the Westfield project in its first year as a tenant.

While these innovative ideas for retail and office show great promise, it remains to be seen whether they will have the staying power to help existing retailers thrive, or will, like most trends, fall out fashion. The key to a successful hybrid is bringing together two things that people want and/or need that when combined create a whole greater than the sum of its parts. As the demands in both retail and office change, combining the two may provide greater flexibility for retailers and space for office tenants that meets their shifting needs. 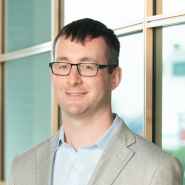