by Daniel E. Rottenberg and Christopher J. Clements on February 13, 2019
Share This:

What’s old is new again. The intellectual property of legacy brick-and-mortar retailers is increasingly being repurposed for decidedly modern ventures. Although the fate of Toys "R" Us, Inc. has captured the most media attention, a number of prominent retailers have begun to repurpose and revitalize their brands in a changing retail landscape.

Former Boston-based sporting goods retailer City Sports shuttered in 2015 after over 30 years of business. Aggressive multi-state expansion fueled by an investment firm ultimately proved unsuccessful for a brand that historically focused on urban customers in downtown locations. The brand’s assets were bought during its liquidation sale by two brothers with plans to relaunch City Sports with a renewed vision. With a new online presence, City Sports plans to reestablish itself with pop-ups and modest-sized stores along the urban Northeast corridor.

Women’s clothing brand The Limited filed for bankruptcy in 2017 and closed all 250 of its stores after years of financial troubles. That same year, it reopened under new ownership as an online-only venture that is attempting to leverage The Limited’s rich heritage and decades of customer loyalty. Analysts appear bullish about the renewed brand’s chances of success as it attempts an e-commerce-focused comeback.

Department store chain The Bon Ton was revived a mere two weeks after its last remaining brick-and-mortar location closed. The retailer’s trademarks, website, customer lists, and other intellectual property were sold in federal bankruptcy court and the brand has been relaunched as an online-only retailer with plans to re-open physical stores. The new owner hopes that leveraging the brand’s beloved nameplates with a leaner, more deliberate physical footprint will lead to a quick return to profitability. The retailer’s first new store opened in November 2018 in suburban Chicago.

Consumer electronics retailer Circuit City’s assets were initially liquidated in 2009. The brand was immediately relaunched as an online-only retailer that coexisted with the new owner’s two other consumer electronics brands. Three years later, those brands were consolidated and Circuit City’s brand name was effectively extinguished. The story doesn’t end there, however, as Circuit City’s intellectual property was sold again and is now being rebooted by a veteran retailer. With a new, experimental website already up and running, Circuit City plans to expand to kiosks, pop-ups and showrooms that turn the traditional “search-find-buy” shopping model into “play-explore-learn” with a focus on customer experience.

Toys "R" Us, Inc. was pulled from the brink after an October 2018 auction to sell all of its assets was cancelled by the brand’s controlling interests. Reorganized as Geoffrey, LLC, Toys "R" Us, Inc. has recently announced plans to launch a new retail brand for pop-ups inside existing retailers. These pop-ups, called Geoffrey’s Toy Box, will appear in 600 Kroger and Fred Meyer stores across the country selling toys from Toys "R" Us, Inc.'s former private labels. Toys "R" Us, Inc.’s new owners plan to develop additional ideas for stores and pop-ups that leverage the iconic brand in fresh ways.

Taken together, these stories begin to reveal a common theme – once-great brands overextending themselves and getting caught flatfooted when consumer expectations and shopping habits change. Now, with their valuable intellectual property in new hands, these brands hope to be reinvigorated by a focus on lean, e-commerce operations and a targeted and restrained physical footprint. Time will tell if this new approach is a winning formula. 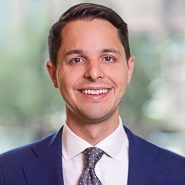