In August 2017, Simon Property Group (“SPG”) and the Office of the Attorney General of the State of New York (“NYAG”) entered into an Assurance of Discontinuance (the “Settlement”) regarding alleged anti-competitive effects of radius restrictions used by SPG in leases at the Woodbury Common Premium Outlets (“Woodbury Commons”) and The Mills at Jersey Gardens (“Jersey Gardens”).

Radius restrictions are very common provisions in retail leases. They protect a landlord’s investment in its property and in a particular lease by preventing tenants from operating additional stores within a set area, frequently expressed as a distance from a particular shopping center. When narrowly drawn, radius restrictions may benefit tenants as well as landlords by fostering a desirable mix of tenants and drawing retail traffic.

Woodbury Commons is a large outlet center with over 200 retailers, located approximately 40 miles northwest of New York City. Woodbury Commons is one of the highest grossing shopping centers in the country and it draws customers from throughout the New York metropolitan area as well as a large number of international tourists.

NYAG noted that retail leases at Woodbury Commons are typically for 10 years and the majority of leases include a radius restriction of 60 miles around Woodbury Commons. The 60 mile radius includes the area between Woodbury and Manhattan, and extends to the Bronx, Queens, Brooklyn and Staten Island, as well as parts of Suffolk and Nassau counties. NYAG concluded that this 60 miles radius restriction may have prevented outlet retailers at Woodbury Commons from opening additional outlet stores in the New York City area and may have prevented other outlet developers from opening competing outlet centers in the New York City area.  Finally, the NYAG found that, under current market conditions, the 60 mile radius “is likely broader than necessary to achieve any legitimate procompetitive benefits.”

Jersey Gardens is a shopping center in Elizabeth, New Jersey, which SPG acquired in 2015, and which also contains outlet stores that draw consumers from the New York City area. NYAG concluded that the radius restrictions in leases at Jersey Gardens also have the potential limit retailers’ ability to open additional outlet stores in the New York City area.

SPG neither admitted nor denied the NYAG findings and conclusions in entering the Settlement.

Under the terms of the Settlement, SPG is required, in part, to waive and ultimately amend the 60 mile restriction in its leases at Woodbury Commons and Jersey Gardens to exclude the Relevant Area. The Relevant Area is defined in the Settlement as (1) more than 39 miles from Woodbury within the State of New York, and (2) Bronx County, with the following exceptions which are areas that may be included in the radius restriction: Community Districts 8 and 12 in the Bronx and all of Manhattan. By excluding the Relevant Area from the radius restriction, retailers would be permitted to open additional outlet stores in most of the Bronx, all of Brooklyn, Queens, and Staten Island, and all of Long Island.

The Settlement highlights the highly fact specific nature of antitrust review. While freeing the Relevant Area from the Woodbury Commons and Jersey Gardens radius restriction was likely an important goal of the Settlement, it should not be overlooked that NYAG permitted Simon to retain a substantial radius restriction covering a large geographic area, including all of Manhattan, Orange, Rockland, and Westchester counties, with more than 3 million residents.

While this Settlement is limited to radius restrictions affecting parts of New York (i.e., the Relevant Area), it would be prudent for landlords everywhere to be able to justify a legitimate business purpose in crafting any radius restriction contained in its leases. 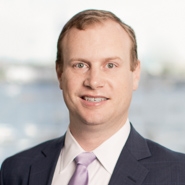