‘Tis Always the Season for a Pop-up

With Tax Day just around the corner, there is a good chance that you find yourself (along with millions of other Americans) scrambling to get your taxes filed at the last minute. You also might notice the temporary tax service shops that seem to pop up at the local grocery store, big box retailer, or lifestyle center in your town during this time of year.  For example, H&R Block utilizes temporary locations at shopping malls and Jackson Hewitt offers personal tax preparation for customers within Walmart stores, allowing both service providers to capture more foot traffic than they would at their traditional brick-and-mortar locations. And, while these pop-up shops will soon vanish much like that long-awaited tax refund, the increasing number of other retail and service pop-ups suggests that it is no longer just a seasonal phenomenon.

The concept of a “pop-up shop” has evolved to include a wide variety of types of spaces ranging from open storefronts to stand-alone kiosks or even your favorite food truck. Whereas in the past, pop-ups tended to revolve around holiday sales like Christmas and Halloween, the increase in the volume of short-term leases at all times of the year indicates that seasonal concentration is no longer the norm. Now a typical pop-up lease can last anywhere from a few weeks to a year or more, with rent often prepaid at a lower rate than what would be expected for a traditional, long-term lease.

In light of declining brick-and-mortar sales and the closures of big box retail chains, the temporary pop-up concept is championed as a creative solution, which can be advantageous for both commercial landlords and tenants. Landlords seek pop-up tenants because they add aesthetic value to a mall or shopping center and, by showing that the retail space is desirable, can ultimately boost consumer confidence. Non-traditional tenants like e-commerce companies recognize pop-up space as an opportunity to increase brand visibility, generate buzz about product campaigns, and test out different market demographics without committing to a long-term physical presence or financial investment. The result has been a niche temporary retail industry, which some estimate can be expected to generate $80 billion per year.

Moving forward, it will be necessary from a legal viewpoint to understand how traditional lease agreements should be modified to accommodate the pop-up shop concept. For example, with lower net worth tenants and higher turnover rates in designated pop-up spaces, landlords must be willing to assume some of the repair and maintenance obligations traditionally imposed on tenants. In addition, landlords need to be aware of restrictions imposed by lenders, as these lenders do not always anticipate the changing leasing environment and the new demand for short-term tenants. However, despite these growing pains, pop-up shops seem to be here to stay – and are a good illustration of the symbiotic relationship between commercial landlords and tenants. 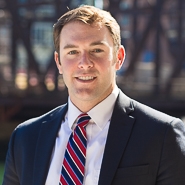