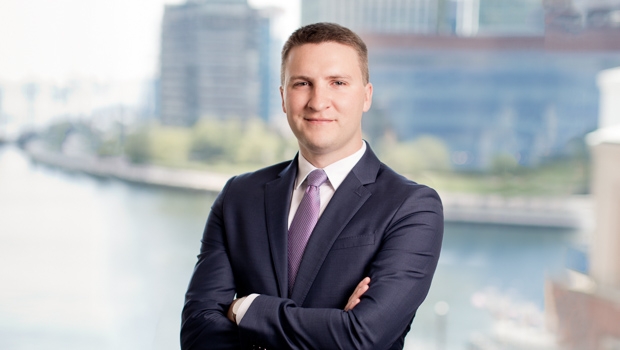 1. matters for which the buyer does not wish to assume any post-closing responsibility, regardless of whether those matters constitute a breach otherwise covered in the purchase agreement, or arose as a particular concern during the buyer’s diligence; and

2. matters arising during the buyer’s diligence that pose unusual or unexpected risk.

The first category of matters may include tax, ERISA and environmental liabilities (or other “excluded” liabilities), and target indebtedness and transaction expenses (e.g., investment banking, accounting, and legal fees). Using taxes as an example, a buyer may, not unreasonably, argue that it should never be responsible for paying the seller’s taxes, regardless of whether a breach of the tax representation has occurred. Further, it may argue that the seller’s liability to pay its taxes should not be subject to a basket, cap, or time period shorter than that otherwise applicable.

The second category covers matters that the buyer may discover during the M&A due diligence process that warrant singling out and covering with a stand-alone indemnity. The stand-alone indemnity reallocates the risk of losses that may have an adverse impact on the target’s business post-closing. For example, the buyer might learn during its due diligence that the target’s best-selling consumer product may contain traces of lead potentially harmful to children, something both material and presumably unexpected. The buyer will be concerned about the potential financial loss resulting from product liability lawsuits and possible damage to the product’s brand name and reputation – exposure that the buyer may not have considered in assessing and pricing the transaction. As such, the buyer may require that seller provide a stand-alone indemnity to cover any associated losses.

In addition to general indemnities typically being connected with a breach, there are often other differences between general and stand-alone indemnities. For instance, general indemnities are usually subject to both “baskets” (whereby the indemnitor is not liable for breaches until a specific threshold of indemnitee losses are reached) and caps (limiting the indemnitor’s overall liability for breaches). Further, the underlying representations and warranties to which the general indemnities apply often expire after a prescribed time period, usually prior to the otherwise applicable statute of limitations. Of course, there are often exceptions to these general constructs. For example, representations and warranties that the parties determine are “fundamental” (e.g., those regarding title, authority, taxes, and ERISA) may be subject to the general indemnities but have no basket or cap (or a different basket or cap) and different expiration period. In contrast, stand-alone indemnities are not often subject to baskets, caps, or specific time periods (though the parties are free to, and sometimes do, negotiate specific baskets, caps, and expiration dates for these indemnities).

Despite the differences, there may be overlap (and some redundancy) between general and stand-alone indemnities. For example, the sample provision above includes a common stand-alone indemnity relating to pre-closing taxes. However, the typical M&A purchase agreement also includes a tax representation (which is often not subject to a basket or cap) that would typically be covered by the general indemnity.

Every other year since 2005 the ABA has released its Private Target Mergers and Acquisitions Deal Point Studies (the “ABA studies”). The ABA studies examine purchase agreements of publicly available transactions involving private companies that occurred in the year prior to each study (and in the case of the 2017 study, including the first half of 2017). These transactions range in size but are generally considered as within the “middle market” for M&A transactions; the average transaction value within the 2017 study was $176.3 million.

Stand-alone indemnities are not typically subject to the same limitations as general indemnities, nor do they depend upon an underlying breach by the indemnifying party. As such they may more readily shift risk back to the indemnitor when compared to general indemnities, even if both cover the same risks. Accordingly, practitioners should carefully consider these provisions in the overall context of the transaction and the agreed-upon risk allocation as between buyer and seller.

[i] Daniel Avery is a Director, and Ross Turner is an associate, in the Business Law Group at Goulston & Storrs, in Boston, Massachusetts. Mr. Avery is a member of the ABA’s working group which published the 2015 ABA private company M&A deal points study. This article is based on, and updates, the article of the same name co-authored by Mr. Avery and Lilly Huang, published in the Vol. 17, Number 982 edition of Bloomberg BNA’s Mergers & Acquisitions Law Report (2014). This article is one of a series of over 20 articles co-authored by Mr. Avery looking at trends in private company M&A deal points. The series is currently being updated to reflect the 2017 ABA private company study and will be published throughout 2018. The articles can be found on Goulston & Storrs’ “What’s Market” web page at https://www.goulstonstorrs.com/whats-market/ and on Bloomberg Law at https://www.bloomberglaw.com/page/infocus_dealpoints.

[iv] There may be exceptions tailored to the specific transaction. For example, if the buyer is issuing shares of its equity securities as all or part of the consideration, the seller may expect more fulsome representations and warranties and more thorough due diligence with respect to the buyer, since the seller is, in effect, “investing” in the buyer.

[vii] The 2005 ABA study did not address stand-alone indemnities, so this analysis examined only the six most recent ABA studies.