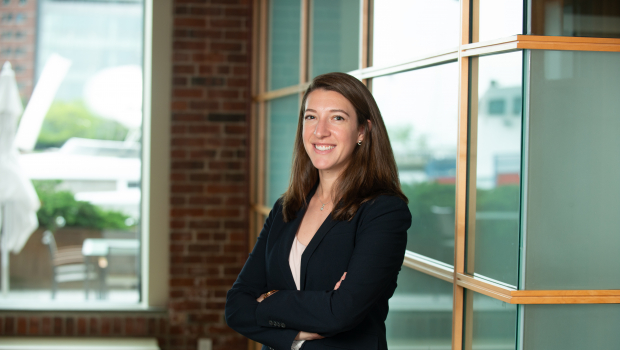 Where a mistake in the formation of a trust document is clear, and that mistake would result in excess payments from the trust assets to the government, there is a presumption that the settlor would not have intended such a result. In Matter of Valerie R. Pecce Supplemental Needs Trust, No. 19-P-591, 2021 WL 1203680 (Mass. App. Ct. Mar. 31, 2021), the settlor had established a trust with reference to the Federal Medicaid statutes for the supplementary benefit of his daughter, who had been born with disabilities and had received Medicaid benefits through the Massachusetts division of medical assistance (“MassHealth”) for many years. At the same time the settlor created the trust, he executed a will that included a pour-over clause to the trust. The daughter died eight years after the settlor, in 2015, and the trust terminated, triggering the asset-disposal provisions. The petitioner—and only remainder beneficiary—argued that there had been a mistake in the formation of the trust, because it “incorrectly and unnecessarily provides that trust assets must first be used to reimburse MassHealth for benefits provided to [the daughter] during her lifetime, before any remaining assets can be distributed to other [trust] beneficiaries.” The Probate and Family Court judge declined to reform the trust, finding that there had not been a mistake in its formation.

A Massachusetts Appeals Court agreed with the lower court in part, finding that “assets that [the settlor] transferred to the trust during his lifetime are properly subject to the payback provision,” because the settlor could have intended to include the provision in order to preserve his own Medicaid eligibility. However, the Appeals Court reversed as to the payback provision’s application to assets which poured over into the trust following the settlor’s death. The Court noted that “there clearly was a ‘mistake’ in the ‘expression’” of the trust documents, because the drafter had “misidentified the legal basis for the trust, and carried that mistake through several sections.” These errors—which established the “statutory predicate for reformation”—improperly exposed the settlor’s “entire estate to reimbursement to MassHealth.”

The Appeals Court found that the settlor “would not have intended that his estate assets go to the Commonwealth, where they could otherwise go to the beneficiaries.” It found support for this presumption in a Supreme Judicial Court case, First Agric. Bank v. Coxe, 406 Mass. 879, 882 (1990), which had similarly concluded that reformation was necessary where assets otherwise would have been subject to Federal generation skipping transfer taxes. “Where a mistake is clear in a trust document and where the result of the mistake is evidently at odds with the settlor’s intent,” the Appeals Court concluded, “reformation is called for.”

The takeaway: Courts recognize a presumption that a settlor would not intend a trust to result in excess payments to the government, where an alternative construction would direct the payments to the trust beneficiaries instead.

A Massachusetts Appeals Court affirmed, noting that “where, as here, all the parties involved in the purchase are family, ‘there is a presumption of a gift.’” The plaintiff argued that she and her husband had made capital improvements that were erroneously characterized as “rent” while they themselves lived in the condo for some amount of time, and that such long-term capital improvements showed no gift had been intended in this case. The Appeals Court dismissed that argument, finding that while arm’s-length tenants on a short-term lease would probably not make such capital improvements, “it is not difficult to imagine parents giving property to a child as a gift with an implicit understanding that they could live there indefinitely, and the parents in that living arrangement choosing to initiate capital improvements and incur other significant expenses primarily for their own benefit.”

The takeaway: Family members who wish to retain a beneficial interest in property for which they supplied the purchase money to another family member should ensure that they carefully document such terms. Reliance on actions that might demonstrate an intention to retain a beneficial interest in arm’s-length transactions will often be insufficient to overcome the presumption of a gift in the familial context.

A recent Appellate Division decision in New York illustrates the importance of a trusts and estates attorney speaking to the testator alone, particularly if the testator is disinheriting any family members.  In Matter of Michels, 2021 WL 1202631 (2nd Dep’t March 31, 2021), the Appellate Division ruled that the Surrogate’s Court should have dismissed an objection of undue influence filed by three grandchildren of the decedent, who received nothing under a 2010 will because the decedent had excluded from the will the offspring of their father (Charles), who had predeceased the decedent.  The objectants claimed that one of Charles’ sisters (Anne), who had accompanied the decedent to the office of the attorney preparing the will, had exercised undue influence over the decedent, causing her to disinherit Charles’ offspring.  The Surrogate’s Court found issues of fact for trial.

The Appellate Division reversed.  The court noted that there was a prior will, in 2003, that also disinherited Charles’ offspring, and that “[t]he attorney testified that there was no indication in the record that anyone accompanied the decedent to his office that day [in 2003] and that if she had come with a family member, his procedure would have been to speak with the decedent alone, particularly if she were disinheriting someone.”  When the decedent came to the attorney’s office to execute the 2010 will, “[a]t a meeting attended by the decedent and Anne, the attorney spoke with the decedent outside of Anne’s presence …. At that time, the decedent, although 90 years old, was alert, strong-minded, and financially, mentally, and emotionally independent when she executed the 2010 will.”

The court concluded that objectants’ “conclusory allegations and speculation as to Anne’s treatment of the decedent [were] insufficient to raise a triable issue of fact.”  The attorney’s practice of speaking to the testator alone when disinheritance was involved was a significant factor in the court’s decision.

The takeaway:  T&E counsel should speak to the testator outside the presence of potentially interested family members, if possible, particularly if disinheritance is involved.

What Happens in Vegas Stays in Vegas

Many cases in this newsletter illustrate the difficulty of objectants proving undue influence over a relative making his or her will.  Some cases, though, clearly cross that line.  Such a case is Matter of Panek, 70 Misc.3d 1220(A) (Sur. Ct. Erie March 2, 2021).  The decedent executed a will in 2011 leaving all his property to one daughter (Karen), naming Karen as executrix, and expressly disinheriting two other daughters (Lori and Joanne).  In 2015, the decedent executed another will dividing his estate equally among all three daughters and naming Lori as executrix.  After the decedent passed away in 2019 at the age of 91, Karen filed a petition for probate of the 2011 will, and Lori filed a petition for probate of the 2015 will.

Karen objected to the 2015 will and moved for summary judgment dismissing Lori’s petition.  The Surrogate granted Karen’s motion.  Karen, a nurse of some 30 years’ experience, had looked after the decedent daily.  Decedent was diagnosed with dementia in 2014 and by March 2015 was experiencing such disorientation that the local police had to bring him home from wandering on a local roadway.  That same month, Lori, a flight attendant living in Las Vegas, removed the decedent from his home (without his dementia medication) and flew him to Las Vegas, leaving a note for Karen saying “I have Dad.”  Lori also changed the decedent’s bank accounts to joint accounts with Lori.  Lori took decedent to an attorney’s office in Las Vegas where he executed the 2015 will.  Lori placed the decedent in an adult living facility in Las Vegas and made plans for Joanne, a realtor, to sell the decedent’s home in New York.

Karen then commenced both a guardianship proceeding to have the decedent returned to New York, and a conversion action against Lori and Joanne to recover money they had taken from the decedent’s accounts.  In response, Lori and Joanne filed for bankruptcy (in Las Vegas); and in response to that, Karen commenced an adversary proceeding against Lori and Joanne.  By the time Karen’s summary judgment motion was before the Surrogate, it had been found after trial in the bankruptcy proceeding, among other things, that Lori had committed larceny and fraud against the decedent, had removed decedent from his home without consent, and intended to inflict injury upon decedent including with respect to the 2015 will, which did not reflect decedent’s wish to disinherit Lori.  The Surrogate found Lori collaterally estopped from contesting the bankruptcy court’s findings, and on the basis of those findings held that Karen had shown undue influence.  Lori’s petition for probate of the 2015 will was dismissed.

The takeaway:  While objectants generally face significant hurdles in proving undue influence in the making of a will, some situations speak for themselves.

If you have a probate and fiduciary litigation question or business concern, we invite you to reach out directly to any member of our Probate & Fiduciary Litigation Group.

Who Is the Client and Why It Matters
Go