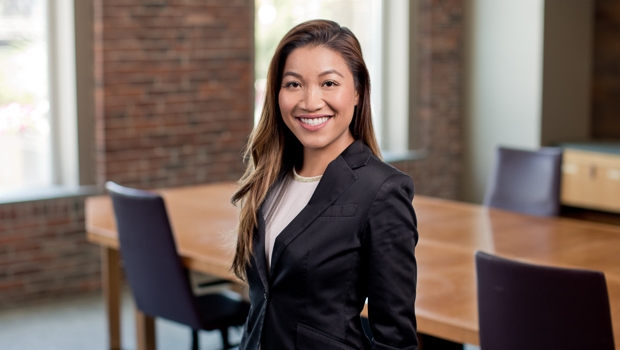 One representation and warranty that the buyer often requests is commonly referred to as a “10b-5 representation.” This name is a reference to the Securities and Exchange Commission’s Rule 10b-5, promulgated under Section 10(b) of the Securities Exchange Act of 1934. Clause (b) of Rule 10b-5 makes it unlawful (if using interstate commerce, the mails, or any national securities exchange), in connection with the purchase or sale of any security, to “make any untrue statement of a material fact or to omit to state a material fact necessary in order to make the statements made, in the light of the circumstances under which they were made, not misleading.”[3] Most 10b-5 representations track this language at least in part.

Every other year since 2005 the American Bar Association (“ABA”) has released its Private Target Mergers and Acquisitions Deal Point Studies (the “ABA studies”).[4] The ABA studies examine purchase agreements of publicly available transactions involving private companies that occurred in the year prior to each study (and in the case of the 2017 study, including the first half of 2017). These transactions range in size but are generally considered as within the “middle market” for M&A transactions; the average transaction value within the 2017 study was $176.3 million.

No representation or warranty or other statement made by Seller or any Shareholder in this Agreement, the Disclosure Schedules attached hereto, the certificates delivered pursuant to Section ___ or otherwise in connection with the Contemplated Transactions contains any untrue statement of material fact or omits to state a material fact necessary to make the statements in this Agreement, in light of the circumstances in which they were made, not misleading.[5]

Relying on the ABA studies to be precisely reflective of market practice regarding 10b-5 representations is an inexact science, in part because:

1. The “Agreement Only” 10b-5 Representation

a. Sample Language: None of the representations and warranties in Article __ of this Agreement, taking into account the Disclosure Schedules attached hereto, contain any untrue statement of a material fact or omit a material fact necessary to make each statement contained herein or therein, in light of the circumstances in which they were made, not misleading.[6]

The value to the buyer of this agreement only 10b-5 representation, if any, is therefore due to the misleading by omission aspect, which arguably adds an additional standard that may be broader than a true or untrue standard. However, it is difficult to imagine how a specific representation (with or without related disclosures) could be true and correct (i.e., not breached), and yet still be misleading. If an environmental problem at the target arises or is discovered following the closing of the transaction, and that issue is not contrary to the environmental representation in the purchase agreement (which is often heavily negotiated), does that problem amount to an “omission” that has made the relevant environmental representation misleading? How is that the right result if the buyer is a sophisticated party negotiating the topic-oriented representations and warranties?

2. The “Agreement and Related Materials” 10b-5 Representation

a. Sample Language: None of the representations or warranties in this Article ___ nor any of the Exhibits or Schedules attached hereto, nor any of the certificates delivered pursuant to Section ___, contain any untrue statement of a material fact or omit a material fact necessary to make each statement contained herein or therein, in light of the circumstances in which they were made, not misleading.

3. The “Transaction Related” 10b-5 Representation

a. Sample Language: No representation or warranty or other statement made by Seller or any Shareholder in this Agreement, the Disclosure Schedules attached hereto, the certificates delivered pursuant to Section ___ or otherwise in connection with the Contemplated Transactions contains any untrue statement of material fact or omits to state a material fact necessary to make the statements in this Agreement, in light of the circumstances in which they were made, not misleading.

b. Observations: This variation of the 10b-5 representation is the broadest, and most pro-buyer, of the three. It is also the variation reflected in the ABA Model APA, though, in the authors’ experience, is not commonly seen in practice. Significantly, this version covers not only representations and warranties, but also any statements within closing certificates or schedules (including attachments), and any statements that the seller makes in connection with the transactions. This last point is critical because by its terms the representation is not limited to the four corners of the transaction documents but arguably includes statements made during business meetings, management presentations, due diligence production, conference calls, and otherwise.

Relationship of 10b-5 and Full Disclosure Representations

Trends in Usage of 10b-5 Provisions

[1] Daniel Avery is a Director, and Thuy-Dien Bui is an Associate, in the Business Law Group at Goulston & Storrs, in Boston, Massachusetts. Mr. Avery is a member of the ABA’s working group which published the 2017 ABA private company M&A deal points study. This article is based on, and updates, the article of the same name co-authored by Mr. Avery and Julie McCann, published in the Vol. 45, Number 2081 edition of the Bloomberg Securities Regulation & Law Report (2013). This article is one of a series of over 20 articles co-authored by Mr. Avery looking at trends in private company M&A deal points. The series is currently being updated to reflect the 2017 ABA private company study and will be published throughout 2018. The articles can be found on Goulston & Storrs’ “What’s Market” web page at https://www.goulstonstorrs.com/whats-market/ and on Bloomberg Law at https://www.bloomberglaw.com/page/infocus_dealpoints.

[3] 17 C.F.R. 240.10b-5(b). A buyer in a private M&A stock deal may already be protected by Rule 10b-5, but including a 10b-5 representation in the purchase agreement gives the seller a contractual claim under the purchase agreement’s indemnification provisions and does not require the buyer to prove the seller's knowledge of the untruth or omission, or the buyer’s reliance on the same

[4] A project of the M&A Market Trends Subcommittee of the Mergers & Acquisitions Committee of the ABA’s Business Law Section. References to years within the charts referenced in this article are to the respective years of the ABA studies.  This article looks at 10b-5 representations in U.S. private company M&A transactions only; it does not for example examine 10b-5 representations in other types of transactions or public company M&A transactions.