A Case of Caution: the Effect of Redevelopment on Existing Mall Leases

by Meghan Hottel-Cox and Timothy H. Watkins on August 26, 2015
Share This:

In a follow-up to coverage regarding the White Flint Mall redevelopment, the jury has reached a verdict. Until recently, White Flint Mall in Bethesda, Maryland was a prime example of retail mall success. However, as the mall began to lose tenants and customers, its owner decided to redevelop the mall into a mixed-use town center. One of the mall’s tenants, Lord & Taylor, balked at the redevelopment and sued. Lord & Taylor recently gained a multi-million dollar jury verdict, and the case gave pause to retail landlords and tenants across the country.

In the 1970s, enclosed shopping malls were at the height of development. Developers looked to attract large, popular “anchor” stores to ensure a mall’s success. To attract such stores, landlords were often willing to give tenant-friendly leases with low fixed rents, long lease terms, and anchor-tenant control over changes in the mall.

In 1975, Lord & Taylor entered into a lease with White Flint LLLP, the owner of the mall, to become an anchor tenant. The lease term lasted until 2042 and provided that White Flint Mall would be operated as an “enclosed mall,” prohibiting the owner from making major changes without Lord & Taylor’s consent.

After the recession in 2008, White Flint Mall began struggling. According to the owner, the mall was no longer economically viable, especially after Bloomingdale’s, another anchor tenant, left the mall in 2011. The owner argued that other tenants left quickly and re-development became the only option.

Lord & Taylor instead claimed the owner’s plans for re-development began much earlier, and the departure of Bloomingdale’s was used as an excuse to encourage other tenants to leave. Lord & Taylor argued that the owner secretly negotiated the terms of the re-development, while letting maintenance and operations at the mall become abysmal.

This case provides a caution to landlords in the changing retail scene across the country and a relief to tenants who see landlords not keeping their best interests in mind during redevelopment.  The key takeaway from the events in White Flint for landlords is to retain flexibility in their long-term leases because market forces may require changes not envisioned at the time of lease execution. As a landlord considering redevelopment, review all leases at the outset to determine whose approval you need and what you can offer in return. The key takeaway for tenants is to know what areas of the property are most important for you to protect and negotiate, as Lord and Taylor did here, for certain consent rights in those areas. As a tenant, it is important to understand what leverage you have in your lease so as to play your hand to your maximum benefit. Both tenants and landlords should remember that taking a hard line on any issue may result in the decision being made by a judge or jury. 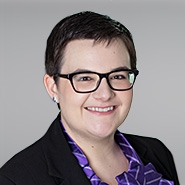