While increased occurrences of retail store closures and predictions about the death of the shopping mall are causing mall owners to consider downsizing or repurposing their space away from consumer-facing retail and toward e-commerce fulfillment centers or industrial uses, the developers behind New Jersey’s American Dream Mall, a three million square foot complex opening at the end of this month, are doubling down on their use of entertainment space to attract customers.

The long-delayed project is currently owned by Triple Five, the developers behind the Mall of America, and opens its first phase on October 25 after over 23 years of planning and construction and $5 billion in investments. The initial ground-breaking was in 2003, but after construction delays and changes in both ownership and sources of financing, the project will open in a very different economic and retail landscape than when the idea was first conceived. However, Triple Five is not shying away from massive square footage, relying on an experience-based model and deploying partnerships with well-known companies such as DreamWorks, Nickelodeon and Lyft to attract consumers from the tri-state area as well as tourists visiting New York.

55% of the mall’s space is allocated exclusively to entertainment and amusement. The types of entertainment offered will include a 16-story indoor ski slope with real snow, an ice climbing wall, a DreamWorks water park (complete with a 1.5 acre wave pool), a Nickelodeon themed amusement park featuring a roller coaster with the world’s steepest vertical drop, a 300 foot-tall observation wheel with climate-controlled gondolas, an aquarium, a movie theater, and an 800-room hotel. Many of the entertainment options are a first of their kind in and of themselves, but the fact that they are being offered together, indoors, in such close proximity to Manhattan, is intended to create a novel entertainment experience.

The project’s strategy is that once consumers have been drawn to the complex by such a novel entertainment experience, they will be inclined to stay for the shopping. The retail space comprising 45% of the mall will include a luxury “Collections” wing, with Saks as its anchor tenant, as well as other high-end brands like Barneys, Tiffany & Co, Hermes and Dolce & Gabbana.  As of August 2019, 85% of the 350-store space has been leased, including other big brands such as Victoria’s Secret, Uniqlo, Sephora and Zara.  The retail space will follow suit with the rest of the project and retail trends in general, using interactive approaches and focusing on the customers’ shopping experience while in the retail space.

Triple Five projects that the American Dream Mall, otherwise described by its Chief Creative Officer Ken Downing as a “retail and entertainment revolution, where everything is possible,” will attract 40 million visitors in its first year. Triple Five clearly has confidence in the business model, as it continues to expand its already supersized Mall of America and plans to open a second American Dream location in Miami, both with water parks. Depending on the outcome of these ventures, malls with a heightened focus on over-the-top entertainment may be yet another viable alternative to the traditional mall.  Presuming, of course, that like Triple Five, the developers are willing to spend the time, money and energy that projects like the American Dream Mall demand. 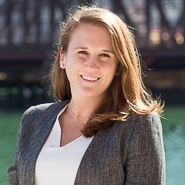