As fashion retailers across the country jostle for market share in an ever-changing and ever-competitive marketplace, some retailers are trying to improve their bottom lines not by adjusting or expanding their offerings in each store but by opening differently branded stores separate from their flagship brands. Many retailers, especially those in the fashion world, have found that growth under their flagship brands is pushing up against a ceiling. As margins begin to narrow and discounts are less effective in bringing customers through the door, some companies have sought new customers by expanding into new markets with different brands.

One of the world’s largest fashion retailers, Inditex SA, has been pursuing this approach since 1991 and has ridden its multi-brand strategy to over 7,300 stores.  Two-thirds of the company’s locations now operate under a brand other than the “Zara” flagship brand and account for about one-third of its revenue.  Another example is Hennes & Mauritz AB, a Swedish company that has ridden a wave of popularity among teenagers and millennials with its flagship H&M stores, but has been forced in recent years to diversify the branding of its stores to keep new customers lining up for its goods.  Among other reasons, a drop in net profits from 26% in 2007 to about 9.5% today has motivated executives at H&M to explore introducing new brands as a way to keep growing. While the company started diversifying in 2007 by creating new brands and acquiring smaller retailers, today still less than ten percent of its almost 4,400 stores are under separate brands. Nonetheless, although industry groups estimate that these smaller brands account for only about five percent of H&M’s sales, the company sees its other brands as crucial to its future success by expanding into higher-end clothing that attracts a different consumer than the flagship brand attracts.

It goes without saying that expanding into newly branded locations, or expanding by acquiring smaller boutique brands, are only two of the many strategies a mature retailer can use to entice new customers into its locations and thus diversify and grow its customer base. Companies certainly need to keep revitalizing their flagship brands, whether through implementing more efficient supply chains, improving inventory management practices or adapting marketing plans to appeal to a wider audience. But finding a broader customer base outside the flagship brand’s core demographic by opening or acquiring other branded locations has proven to be a successful growth strategy for some of fashion’s largest retailers. 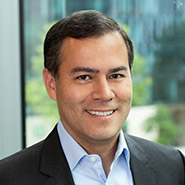