10b-5 and Full Disclosure Representations

Published by Bloomberg Law
by Daniel R. Avery on February 23, 2021
Share This:

The ‘Agreement and Related Materials’ 10b-5 Representation

The ‘Transaction Related’ 10b-5 Representation

Trends in Usage of 10b-5 and Full Disclosure Representations
Every other year since 2005 the ABA has released its Private Target Mergers and Acquisitions Deal Point Studies. The ABA studies examine purchase agreements of publicly available transactions involving private companies. These transactions range in size but are generally considered as within the “middle market” for M&A transactions; the median transaction value within the 2019 study was $145 million. 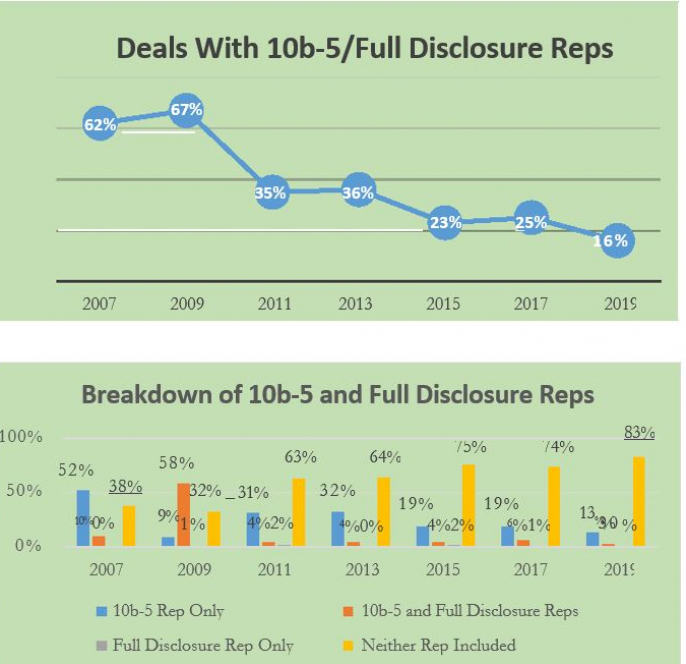 Conclusion
There has been a pronounced decline in the inclusion of 10b-5 and full disclosure representations in private company M&A transactions. As discussed above, the different variations of these representations significantly impact risk allocation as between buyer and seller. Counsel on both sides of an M&A transaction should consider these issues carefully when negotiating 10b-5 representations.