Published by Bloomberg Law
by Daniel R. Avery on October 19, 2022
Share This:

The “Agreement and Related Materials” 10b-5 Representation

The “Transaction Related” 10b-5 Representation

Relationship of 10b-5 & Full Disclosure Representations

Trends in Usage of 10b-5 & Full Disclosure Representations

Over the past 12+ years, inclusion of a 10b-5 representation, whether with or without a full disclosure representation, has evolved from fairly common practice to a highly unusual occurrence. 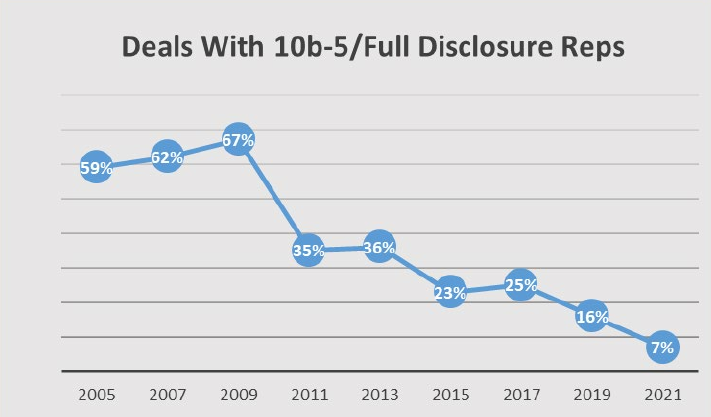