There is perhaps no more consistently vexing problem for transactional attorneys on opposite sides than figuring out a fair contractual resolution for “sandbagging” issues. Sandbagging typically occurs when the buyer of a business learns that a seller will be in breach of a contractual representation when the deal closes, but only raises the issue after closing in the form of a claim for indemnity. One problem for attorneys is the extraordinary difficulty of defining and proving what kind of actual or constructive pre-closing knowledge a buyer had or should have had. As a result, lawyers and their clients frequently choose to avoid wrangling over contractual terms associated with sandbagging for fear of blowing up a deal or spending inordinate time to reach agreement on this one problem.

Because transactional contracts often fail to address sandbagging, the post-closing resolution of sandbagging issues frequently hinges on applicable common law, and courts in different states have very different views about the proper resolution of these controversies. This makes the choice-of-law provision in transactional contracts extremely important.

Leading states, such as Delaware, New York, Illinois, Florida and others, generally follow a so-called “modern rule”, which permits a business buyer to sue for inaccurate representations or warranties, regardless of a buyer’s knowledge of inaccuracies prior to closing. Courts in these states view the representational inaccuracies as contractual violations rather than tort claims for fraud that require some showing of reliance.

One articulation of this rule was laid down in 2007 by the Delaware Court of Chancery in Cobalt Operating, LLC v. James Crystal Enters, LLC, which flatly stated that a breach of contract claim “is not dependent on a showing of reliance.” An older and more nuanced expression of support for this rule was set forth in 1990 by the New York Court of Appeals in CBS Inc. v. Ziff-Davis Publishing Co., et al., which held that “in the absence of an express preservation of the buyer’s rights, the issue hinges on whether or not the buyer believed it was purchasing the promise as to the truth of the relevant warranties.”

But clear pre-closing knowledge of a breach can defeat a buyer’s post-closing claims under certain circumstances in New York, according to Galli v. Metz, 973 F.2d 145 (2d Cir. 1992). The Galli court noted that the CBS case arose from a situation where the buyer had only “suspicions” of inaccuracy, distinguishing it from the Galli case, which involved an allegedly clear disclosure of environmental contamination problems prior to closing, coupled with no objection from the individual buyers to whom the disclosure was personally made.

With a nod to the Galli decision, the Delaware Supreme Court has likewise expressed reservations about an iron-clad rule allowing buyers to sue for breach of warranty under any and all circumstances. In the 2018 ruling on Eagle Force Holdings, LLC and E.F. Investments, LLC v. Stanley Campbell, two justices noted, for example, that Delaware had not yet resolved whether a buyer’s knowledge of a breach created by a Seller’s clear pre-signing disclosure might defeat an indemnity claim.

Sellers, of course, fear the hair-splitting involved in such court decisions associated with the modern rule, expressing a strong preference for the “traditional” rule laid down in states such as California, Texas, Minnesota and others. Courts in these states view breach of representation cases as kin to claims of fraud, requiring the buyer to prove reliance as an element of any claim for breach of warranty.

But it is very hard for business sellers to codify the traditional rule into a transactional contract. ABA studies of publicly available private company contracts, conducted periodically since 2005, have consistently pegged the proportion of contracts with anti-sandbagging clauses at no more than five to 10 percent, perhaps because buyers often pay an acquisition premium and have greater size and economic leverage. Among the remaining contracts, roughly equal numbers have historically contained either pro-sandbagging provisions or no sandbagging provisions with a recent tilt toward pro-sandbagging.

With regard to the equities involved, sellers argue that the onus should be on buyers to declare any known or suspected breaches prior to closing so the parties can resolve them. In addition, sellers often feel vulnerable, having exposed everything about their enterprises to be transparent, so it seems to them unfair to allow buyers to hold cards under the table that they are not playing.

On the other hand, buyers assert that they are never looking to buy lawsuits, which are expensive and unpredictable in outcome. They just want the certainty of an unconditional indemnification for breach of representation or warranty without the distraction of proving or disproving buyer knowledge. No buyer wants to close on a business purchase only to learn later that some ambiguous oral communication was exchanged with an agent that could defeat the seller’s warranties, or that some garbled footnote buried in a data-room document could become the centerpiece of an argument to defeat justifiable reliance on a warranty.

Of course, lawyers can attempt to craft reasonable contract provisions that resolve the concerns of both sides about sandbagging, but it’s hard to find a “middle ground” where everyone can co-exist. Furthermore, negotiation battles over middle ground can trigger hard feelings among the parties. So, lawyers should think carefully about proposing and negotiating contractual provisions designed to resolve specific sandbagging issues. In the end, the most important element of the contractual process is probably the good faith of the parties and their counsel.

Lawyers should be careful to assess the quality and character of the opposite party and the counsel on the other side of the table. Differences of opinion between reasonable parties are almost always resolvable before and after closing, but disputes between those who always want the upper hand rarely end well for anyone. So, it makes sense to check the reputation of your buyer or seller, as well as their track record of litigiousness prior to bargaining with them. You can never get the best deal from the worst deal partner, no matter what the terms appear to be.

For more information on our M&A practice, please click here. 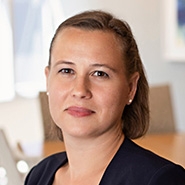