[i] Daniel Avery is a Director, and Tim Carter is an Associate, in the Business Law Group at Goulston & Storrs, in Boston, Massachusetts. Mr. Avery is a member of the ABA’s working group which published the 2017 ABA private company M&A deal points study. This article is based on, and updates, the article of the same name co-authored by Mr. Avery and Connie Kolb, published in Mergers & Acquisitions Law Report, 18 MALR 152, 1/26/15. This article is one of a series of over 20 articles co-authored by Mr. Avery looking at trends in private company M&A deal points. The series is currently being updated to reflect the 2017 ABA private company study and will be published throughout 2018. The articles can be found on Goulston & Storrs’ “What’s Market” web page at https://www.goulstonstorrs.com/whats-market/ and on Bloomberg Law at https://www.bloomberglaw.com/page/infocus_dealpoints.

[v] See Avery and Crossley, Trends in M&A Provisions: Use of Knowledge Qualifiers for Representations and Warranties, Bloomberg Law, Apr. 2018, reprinted on Goulston & Storrs’ “What’s Market” web page at https://www.goulstonstorrs.com/whats-market/ and on Bloomberg Law at https://www.bloomberglaw.com/page/infocus_dealpoints. 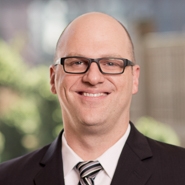