Richard Zielinski, who practices in our Boston and New York offices, is a nationally known ‘bet the company’ trial lawyer who handles a wide range of complex, high-stakes commercial litigation. He is also known for his specific expertise in legal malpractice defense.

According to Chambers USA, Richard is ‘very smart, thorough and knowledgeable.’ Clients say he is ‘fantastic on his feet’ and ‘thinks seven steps ahead of everyone else.’

He has extensive trial experience in a wide range of business and real estate disputes, having handled cases involving the financing and construction of large office towers, breach of contract, partnership disputes, unfair competition, lender liability and cases under the Massachusetts Consumer Protection Act (Chapter 93A).

Richard is also well known for his representation of major law firms throughout the United States in malpractice cases, disciplinary matters and intra-firm disputes. In 2015, 2019 and 2021 he was named Boston's Legal Malpractice Defense Lawyer of the Year by peer-reviewed Best Lawyers in America, recognizing his leading work in legal malpractice defense in Boston. The Lawyer of the Year recognition is only awarded to individuals with the highest overall peer feedback for a specific practice area and geographic region. Additionally, in 2019, Richard was named a “Litigation Trailblazer” by The National Law Journal for his visionary work defending high-stakes malpractice and related cases for the largest and most prominent law firms.

He also defends manufacturers in products liability, mass tort and class action cases, and has been named Lawyer of the Year in these practice areas in the past as well. Representative clients include those from the pharmaceuticals, electrical products and tobacco industries.

Richard is a Fellow in the American College of Trial Lawyers, the highest professional honor a trial lawyer can receive. 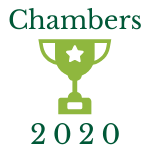