Goulston & Storrs, an Am Law 200 firm, is pleased to announce that Alana Rusin, a real estate litigator in the firm’s Boston office, has been named a 2020 “Up & Coming Lawyer” by Massachusetts Lawyers Weekly. Rusin will be honored at a reception in Boston on April 30.

The Up & Coming Lawyers award recognizes the rising stars of the Massachusetts legal industry who have been practicing for 10 years or less and have distinguished themselves professionally and in the community. Rusin has built a reputation as a powerhouse litigator and a fierce advocate for domestic violence victims.

Rusin’s practice includes a wide range of commercial real estate disputes for developers, landlords, and landowners. She handles large-scale land use and zoning litigation, including disputes over special permits and variances, Chapter 40B permits, and PDA and PUDs. She also deals with landlord/tenant lease disputes, partition actions, broker fee cases, and other real estate-based contract disputes.

On the pro bono side, Rusin is deeply involved in the Women’s Bar Foundation Family Law Project for Domestic Abuse Survivors where she represents abuse victims. Rusin also serves on the Board of On the Rise, a Cambridge-based women’s shelter that provides a community where vulnerable women, many of whom have experienced domestic violence, have the relationships, safety, and resources they need to move out of homelessness. 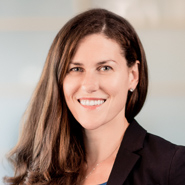 SJC Ruling is A Win for Development Industry
Go